We may increase retirement age to sustain SSNIT - Ken Ofori-Atta

Minister of Finance-designate, Kenneth Nana Yaw Ofori-Atta has hinted of a possible extension of the mandatory retirement age of 60 years as part of efforts to sustain the Social Security and National Insurance Trust (SSNIT).

Senior Minister-designate, Yaw Osafo-Maafo, says Ghana’s debt to GDP ratio has moved above the normal limits and it is scary.

Bank of Ghana announces the introduction of new note

Coming as break from a long stretch of news from the country’s central bank, at least one different from ‘whether or not the current governor will be retained’, Bank of Ghana second deputy governor, Dr. Johnson Asiama, has hinted the apex bank will be unveiling a new banknote in five cedi (GH¢5) denominations.

In what many might consider startling of the chief executive of a technology-based auto manufacturer, former Volkswagen boss, Martin Winterkorn, has claimed ignorance of the auto maker’s emissions cheat until it came to public notice.

Brexit will not be positive for either Britain or the EU, according to Pierre Moscovici, the European Commissioner for Economic and Financial Affairs.

While it might almost be common place to find mobile network operators getting away with a few cost-intensive errors with customers, especially in African countries (I mean who knows or cares about the existence of some public utility watchdog in Kumasi, Monrovia or Mombasa?), the same cannot be said elsewhere.

Shares in the international publishing group Pearson have fallen by 30% after the company warned of a big fall in sales in its US education business.

While global health statistics continue to provide a frightening outlook on the devastating impact of tobacco use, especially among young people, Big Tobacco still remains very much a thriving industry more so, it continually seeks new means to expand its market.

Theresa May has said the UK "cannot possibly" remain within the European single market, as staying in it would mean "not leaving the EU at all".

Your Favorite Glasses Maker in a Historic Merger

Think of a sunglasses you admired on a friend yesterday, or one you got yourself from a local city mall barely two months ago, and it might just be a Ray-Ban.

Pound falls ahead of Theresa May Brexit speech

The pound has hit its lowest level for more than three months on reports Britain was set to quit the EU single market as part of its Brexit plans. 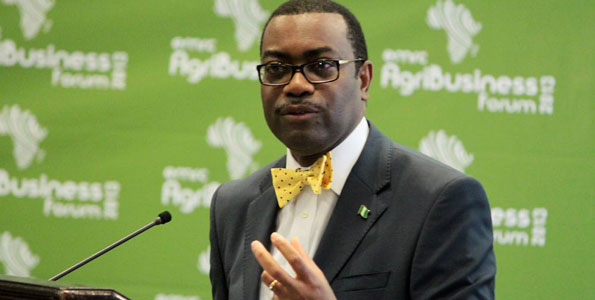 Mr Akinwumi Adesina, President of the African Development Bank (AfDB), has called for improved access to financing to accelerate the transformation of African economies.

The UK Department for Transport has asked for details of a US probe into Fiat Chrysler diesel emissions software as a matter of urgency.

The car maker has been accused of not telling authorities about software that could allow excess diesel emissions.

A Department for Transport spokesman said it was "urgently seeking further information" from the EPA as well as Fiat Chrysler about vehicles sold in the UK.

The government has ordered tests on a Jeep Grand Cherokee, he said. "Our priority is to protect the interests of UK consumers."

The Jeep Grand Cherokee is sold in the UK, but the Dodge Ram is not.

According to the government, 3,700 Jeep Grand Cherokee cars have been registered in the UK.

Fiat Chrysler chief executive Sergio Marchionne said on Thursday that the company had done nothing illegal.

"There was never any intent of creating conditions that were designed to defeat the testing process. This is absolute nonsense," he added.

The Paris prosecutor's office will conduct a probe into "cheating on key parts" of vehicles and into the quality of the tests.

The move comes in response to concerns raised last year by the French consumer protection agency, which carried out an investigation into several car makers in the wake of the Volkswagen scandal.

Three magistrates will now decide whether the company has a case to answer and should be put on trial.

A spokesman said Renault respected emission laws and did not use the cheating software in its vehicles.

Shares in Renault were 1.6% lower in afternoon trading in Paris.

A defeat device is a piece of engine management software designed specifically to circumvent the emissions testing process. It can turn emissions controls on during the test, and off when the car is in normal use. Such systems are banned. Volkswagen has been fined billions for installing them on its cars in the United States.

However, the rules do allow very similar software programs to be used to protect the engine from damage, for example when it is warming up. They are capable of turning off emissions controls, but are referred to as "auxiliary emissions control devices". The problem is it can be very hard to tell the difference - which is why carmakers are supposed to keep regulators informed of what systems they are using.

This is a very gray area. Volkswagen engineers took a conscious decision to install devices on its cars because they could not get through tough US emissions tests any other way. But other companies have been accused of exploiting loopholes to boost the performance of their cars - at the expense of their environmental performance.

That is why Fiat Chrysler has been asked by the US authorities to demonstrate why its software does not constitute a defeat device - and why investigating judges in France will be asked to decide whether Renault has a case to answer.

On Wednesday, Volkswagen pleaded guilty to three criminal charges to settle US charges over its emissions-rigging scandal that affected almost 600,000 diesel vehicles. It will also pay fines of $4.3bn (£3.5bn).

John German, of the International Council on Clean Transportation, told BBC Radio 4's Today program that although emissions from Fiat Chrysler engines appeared to be higher in the real world, it was not clear whether this was deliberate.

"It has to do with how exemptions from the defeat device regulations are interpreted in Europe and in the US, and so it could have been just more ignorance on the part of the Fiat Chrysler people who were calibrating this engine," he said.

Jim Holder, editorial director for Haymarket motoring magazines, said that the EPA investigation into Fiat had been going on for 18 months and that the company had been "waiting for the Trump administration to come into power".

President-elect Donald Trump is planning to appoint a new EPA head who may be softer on these issues, Mr. Holder said.

By taking action against Fiat now, the EPA had ensured the process had begun before Mr. Trump took office, he added.

The end of a struggle: Chandrasekaran appointed Tata’s chief

Over the past five months, India’s leading conglomerate has been at the center of discussion in the business world: not over  innovations or historic earnings disclosure but of its controversial tussle over who chairs the group following the feud between the Tata Sons and the then Chairman, a misunderstanding that resulted in the removal of Cyrus Mistry as the group’s chief.

A former Managing Director (MD) of the Graphic Communications Group, Awal Mohammed has been nominated as the Minister-designate for Business Development.