Despite the large size of his conglomerate, Africa's richest man, Aliko Dangote says he still requires to have 38 visas to move around the African continent.

#Mahama Pledges: Retain me in power & all Accra’s markets will be modernised

Candidate Mahama says the National Democratic Congress is keen to transform all traditional markets in the Accra Metropolis. He made this known when he interacted with euphoric market women and queens during his three day campaign tour of the Greater Accra Region.

Vodafone Ghana’s ‘Yee Twi KƆ’ promotion is back with a bang, now branded ‘Yee Twi KƆ RELOADED’ and at the promo launch at Vodafone’s plush Airport city office, Director of Consumer Business at Vodafone Ghana, Agnes Emefa Essah revealed over GH¢2.5million worth of prizes is up for grabs by 730, 000 customers over the 90 days campaign period effective this September.

Vodafone Ghana has announced that it is paying close to half a million Ghana cedis as interest payments to its customers. The amount is significant, especially as Vodafone Cash, the telecom company’s Mobile Money service, started operating less than a year ago in Ghana. 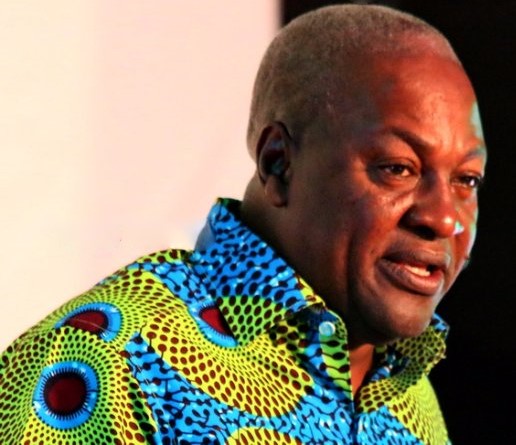 NDC can only achieve 40% of manifesto promises - Lecturer

Few hours to the ruling National Democratic Congress manifesto launch tomorrow, a lecturer at the University of Ghana Business School, Dr. Lord Mensah has foretold that the NDC will achieve less than 40% of the promises in it's manifesto considering sources of finance available.

Chief Executive Officer(CEO) of Vodafone, Yolanda Cuba has said, the company is committed to ensuring that all Ghanaians are included digitally.

Samsung has a makeshift solution to its exploding battery fiasco — a software update that will cap the charge of affected smartphones.

Samsung shares fell sharply on Monday, hitting a two-month low after the firm urged users not to use its flagship Note 7 phone and exchange the device due to fears it might catch fire.

Ford said on Thursday that it is recalling an additional 1.5 million cars from its U.S. and Mexican markets after complaints of faulty vehicle doors that could swing open while the vehicles are still moving.

Airline passengers have been warned by US authorities not to switch on or charge their Samsung Galaxy Note 7 phones when on board the plane. The Federal Aviation Administration (FAA) also advised against packing the phones into any checked-in luggage.

Mobile money giant, Mpesa, may be headed the Facebook way. The Facebook creator was in Kenya over the course of last week, an impromptu visit that caused a stir on Global Tech business scene. It was the first time that Mark Eliot showed envy on the largest Mobile money company on the planet.