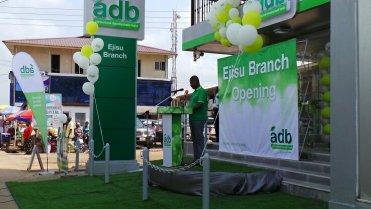 The Agricultural Development Bank (ADB), has completed a private placement which is the issuance of shares to chosen investors, to attract some 127 million cedis into its operations to help it recapitalize.

A notice on the deal said that the amount constitutes about eighteen percent of the new issued share capital.

The arrangement was carried out with the support of the Ghana Amalgamated Trust, GAT, which the government of Ghana constituted to assist some five well-run indigenous banks to meet the new four hundred million cedis (GH¢400,000,000) minimum capital requirement set by the Bank of Ghana.

Per the move, ADB’s issued share capital is expected to increase to an estimated seven hundred million cedis (GH¢700,000,000).

ADB further maintains that the amount realized will be mainly be used to fund the bank’s core lending activities to the agriculture sector and support the Ghanaian economy in general.

The International Monetary Fund (IMF) last year questioned government’s strategy of raising money to finance some five local banks – said to be solvent but unable to meet the new minimum capital requirement of GH¢400million, as it poses fiscal risk upon maturity of the bonds if the beneficiary institutions are unable to pay back.

Government, through the Ghana Amalgamated Trust (GAT), wants to raise some GH¢2billion through a bond structured for five years and given to the banks as zero-coupon bonds. This means that the banks will not pay the interest (21 percent) on the bond yearly, but will do so after end of the fifth year with the principal. The GAT will also take equities in the banks and exit after the stipulated five years.

The bond is also fully guaranteed by government: meaning that in the event of default by any of the banks, government will have to pay up from its revenue envelope. It is against such guarantee that the IMF is cautioning that different strategies must be put in place to avoid GAT adding to the country’s debt stock – which now stands at GH¢173billion, representing 58 percent of GDP.

“While implementation of the scheme is still in train, the envisaged use of government guarantees may pose fiscal risks upon maturity of the bonds. GAT’s effectiveness will hinge on its ability to successfully transform the supported banks, which may require (among others) a reorientation of their business strategies and further investments in their risk management capabilities,” said the last review report of Ghana’s ECF with the IMF.
The GAT arrangement has been met with many misgivings from financial analysts and industry players, with some saying the 21 percent interest rate as too high for banks that are already in distress.