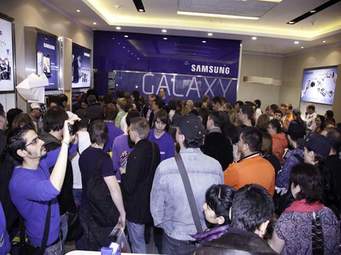 In a shocking contrast to an expected natural outcome of a massive product failure, particularly one of the flagship Note 7 magnitude, Samsung Electronics has reported a 50% profit surge.

The earnings estimate out-weighs earlier predictions of expert market analysts and would mark the firm’s apex quarterly profit since 2013.

The world's largest smartphone maker, in October last year,  had to scrap its Note 7 after batteries caught fire and replacement devices reportedly faced a similar ordeal. Samsung’s strong performance is said to stem from its semiconductor and display businesses.

The South Korean tech king claimed it expected to post 9.2tn won ($7.8bn, £6.2bn) in operating profit for the months from September to December.

Reacting to this puzzle, Bryan Ma, a technology consultant with IDC told a source that "When you look at the headlines over the last couple of months it's always been about exploding batteries and doom for Samsung". But we've got to keep in mind that that's not their only business - what's really driving these earnings is strong demand for memory and displays. And they are real, really profitable businesses."

In the wake of the Note 7 fiasco, Samsung had in its fourth quarter forecast report, said it expected the product’s recall to affect its profits by at least $2.1bn.  The firm had in September issued the first recall for the Galaxy Note 7 following complaints about exploding batteries but when replacement devices which were allegedly safe were also found to overheat and catch fire, it scrapped the phone entirely.

Mr. Ma, conclusively added that at " the end of the day, what happened with the Note 7 - as painful as it was - bounced right off of Samsung because all their other business helped offset it".

Samsung announced its intention to "very soon" share details of its inquiry into the cause of the Note 7 issues.

The tech giant is expected release a detailed of earnings report for last quarter later this January: one which will provide insights into performances of the company’s individual businesses.