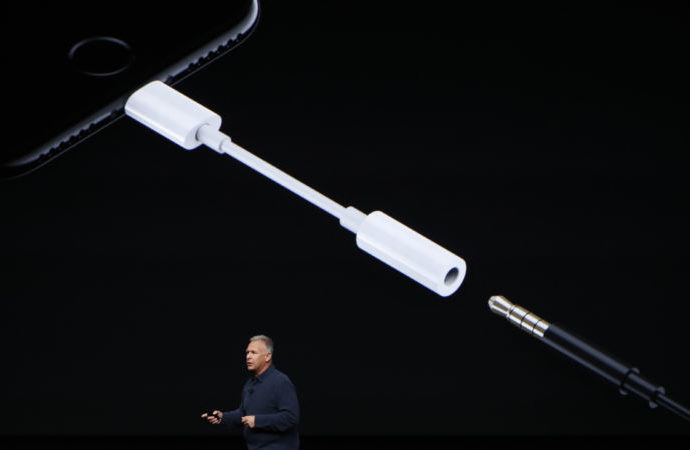 Rumours were rife in the last few months that Apple would cut off earphone jack from its new models of iPhones. Those rumours became a reality on Wednesday when the company unveiled its latest jewels.

This is one new feature which many tech analysts think will ruffle some feathers. But the tech giant said its latest move was down to one thing: COURAGE TO MOVE ON.

While Apple will allow consumers to use plug-in headsets through its proprietary â€œlightningâ€ connector, it made a further push for wireless with new â€œAirPods,â€ which have an integrated infrared sensor that enables them to only play music when worn, and upgraded Beats headphones.

Both will use Appleâ€™s W1 chip and Class 1 Bluetooth wireless connectivity. But there is a snag. You have to shell out $159 for a pair of AirPods if you want.

â€œIt comes down to one reason: courage, the courage to move on,â€ Schiller said of the decision to get rid of the traditional headset port.

â€œOur smartphones are packed with technologies and we all want more, and it is all fighting for space in that same enclosure. Maintaining an old, single-purpose connector just doesnâ€™t make sense.â€

Apple â€œAirPodsâ€ wireless ear pieces and adaptors to plug old-fashioned wired headsets into Lightning ports will come with iPhone 7 models, according to Schiller.

The 3.5mm analogue jack for wired headsets dates back more than a century, and it was time for someone to â€œbreak from the past and start pushing people into the future,â€ Creative Strategies analyst Tim Bajarin said after the event.

Apple may be setting the stage for a dramatically different iPhone model to debut next year on the 10th anniversary of the smartphone first introduced in 2007, Bajarin reasoned.

â€œIt could be a first step for Apple making this completely wireless, and maybe next year a new iPhone with wireless charging,â€ the analyst said.