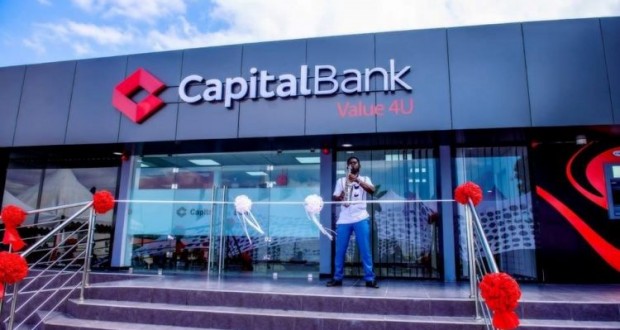 Former Managing Director of defunct Capital Bank, Rev Fitzgerald Odonkor says he did not approve the payment of ¢27.5 million to the founder of the Bank, William Ato Essien.

Rev Fitzgerald Odonkor told the Accra High Court that he believed that the said transaction was not in the Bank’s interest.

Rev Odonkor and the bank’s founder William Ato Essien and businessman, Dr Tetteh Nettey, have been slapped with 26 charges, including stealing sums worth over ¢260 million.

State Prosecutors allege that the former MD, between June 2015 and October 2016, aided Mr Essien to appropriate a total of ¢27.5 million, which was conveyed in jute bags in the name of business promotion payment.

Rev. Odonkor, on Thursday, April 7, 2022, mounted the witness box to tell his side of the story.

He told the Court the decision to pay the said amount was approved by the Board of Capital Bank.

The former Capital Bank MD insisted that he did not approve the said payment on a personal level.

“He continued that all he did was to execute the decision of the Board. The records of the Board’s meeting he stated will show that he expressed reservations about the payment.

“All I did was only to execute the decision of the Board, which decision I expressed reservations about because I thought it was not in the interest of the bank. Although it was an industry practice, it was outlawed by the Bank of Ghana,” he said.

The former MD has also been accused of aiding Mr Essien to cause the transfer of a sum of GHS 120 million of the liquidity support amount to All Time Capital Limited (All Time), an investment management and advisory firm.

The sum of ¢100 million of this amount is said to have been transferred to MC Management Services and subsequently represented by Dr Tetteh Nettey to the Bank of Ghana as the initial capital of Sovereign Bank.

Rev. Odonkor told the Court he did not know Dr Tetteh Nettey and only met him when the case was filed in Court. On the said transfer of Capital Bank funds, he said it was a decision by the Board and the Treasury department of the defunct bank was better placed to respond to it.

“I know nothing about it, and I am unable to speak to it. However, these are matters which the treasury department are the best persons to answer.”

He nonetheless indicated that the Board’s approval of these transfers was to have the funds serve as investments with 90-day maturity.

He said he consistently demanded that the money will be returned when the date was due.

“The Board Chairman gave his word for the return of the funds invested at All Time Capital. I have, on countless occasions, demanded the repayment of the payment made with All Time Capital and Nordia.

“It is not the schedule of the Managing Director to micromanage placement, their certificate and tenure. It’s the duty of the treasury department.”