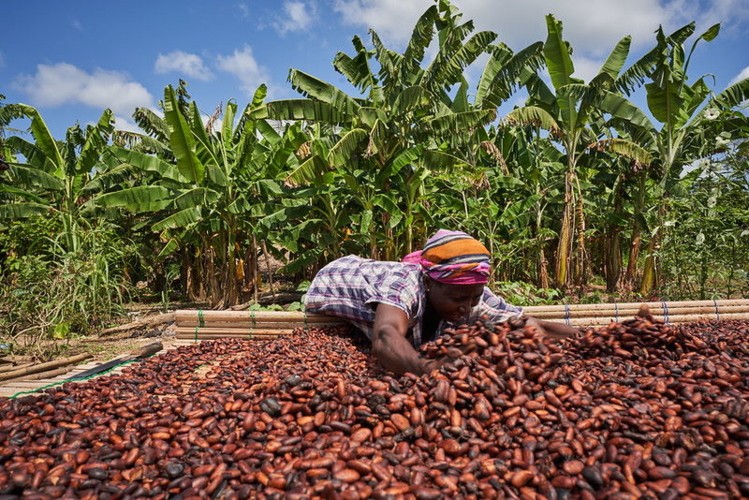 Cocobod says it is in advance talks with banks for the rest of the syndicated loan to pay licensed buying companies.

This will enable buying companies to make payment to cocoa farmers and subsequently reduced the anxiety within the cocoa in industry.

Reports indicate that the funds may come in by end of this week. COCOBOD received the first tranche of the loan in October 2020 and was expected to receive the second in January.

Meanwhile, Parliament last week summoned the Chief Executive Officer of the Ghana Cocoa Board (COCOBOD), Joseph Boahen Aidoo, over his outfit’s indebtedness to cocoa license buying companies and farmers across the country.

The summons follows a statement made on the floor of Parliament by MP for Buem, Kofi Adams who drew the attention to how COCOBOD’s indebtedness to farmers in his constituency and other parts of the country is negatively affecting their livelihoods.

In the statement, Kofi Adams said the situation is worsening the plight of poor farmers in rural areas.

In his constituency, he said cocoa farmers were owed over GHS 11 million.

“They depend on these cocoa sales to take care of their families, to meet basic needs such as food, medical bills and school fees,” he said.

The Public Affairs Manager of COCOBOD, Fiifi Boafo, downplayed the urgency of the situation when he reacted to the concerns said: “I think he [Kofi Adams] is being a bit hyperbolic in how he portrays the situation but no matter how he describes the situation, it is still a legitimate concern.”

He said cocoa farmers were being paid but admitted that the flow of cash to them “has not been the very best.”

“We admit that there is the need for us to quickly clear some of the debts in order for the license buying companies to be able to serve the cocoa farmers,” Mr. Boafo said.

According to him, of the GHS 1.3 billion COCOBOD has to pay cocoa farmers, GHS 1.1 billion has been withdrawn to clear the debts.

Mr. Boafo added that in the last three weeks some arrears have been cleared and “the expectation is that we will do the last drawdown in the coming weeks and when we do so, we will be able to clear the huge areas.”

He also said the current challenges were “influenced by COVID-19”.

Mr. Boafo’s assurance notwithstanding, Mr. Adams said he still expected the COCOBOD CEO to appear in Parliament to address the concerns.

“This is a house that deals with records so that when we are following up, we will know that this is what he told Parliament.”