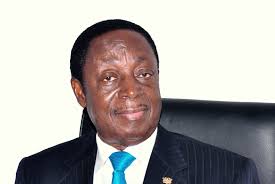 The Accra High Court has directed the Attorney General’s Department to give former Finance Minister, Dr Kwabena Duffuor and 11 others all documents needed for the uniBank case.

Dr Duffuor, Dr Johnson Pandit Asiama and 10 others are standing trial over the collapse of unibank and UT bank.

A justice of the Court of Appeal, Justice Philip Bright Mensah, sitting as a High Court judge, gave the A-G up to June 15, to file the disclosures.

The order by the court on Thursday is in line with a Supreme Court decision that made disclosures a must in all criminal trials.

The hearing of the trial is set to continue on June 18.

Dr Kwabena Duffuor, Dr Johnson Pandit Asiama and six others have been charged with 68 counts for the collapse of uniBank.

The A-G accused Dr Duffuor, who was a shareholder of uniBank, of contributing to the collapse of the bank.

Dr Duffuor was said to have dishonestly received GH₵663.28 million from the bank.

It is also the case of the A-G that even though uniBank was in financial distress, Dr Asiama allegedly used his position as the Second Deputy Governor of the BoG to approve the transfer of GH¢300 million, which was an unsecured credit facility from uniBank to the Universal Merchant Bank (UMB).

Dr Asiama has been charged with willfully causing financial loss to the state and contravention of the Bank of Ghana Act, 2002 (Act 612).

The other accused persons in the collapse of uniBank are Dr Kwabena Duffuor II, a son of Dr Duffuor, who was the Chief Executive Officer (CEO) of uniBank; Ekow Nyarko Dadzie-Dennis, the Chief Operating Officer of the bank; Elsie Dansoa Kyereh, the Executive Head of Corporate Banking; Jeffery Amon, a Senior Relationship Manager; Kwadwo Opoku Okoh, the Financial Control Manager, and Benjamin Ofori, the Executive Head of Credit Risk at the bank.

They have been charged with various counts of fraudulent breach of trust, money laundering and conspiracy to commit crime.

All the accused persons have pleaded not guilty to the charges.