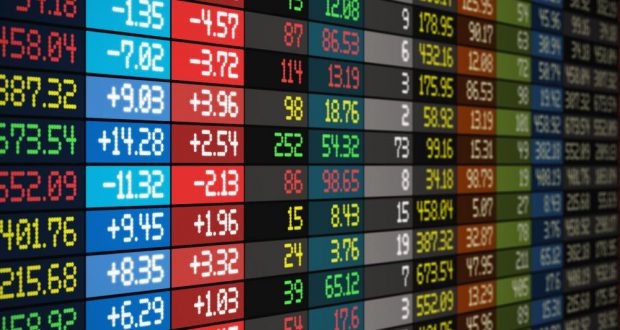 The increasing number of companies delisting from the Ghana Stock Exchange, GSE has been attributed to the failure of the companies to deliver dividends as well as share price appreciation.

That’s according to the head of Research at Databank, Alex Boahen.

Since 2017, about 8 companies have had their listing on the Ghana Stock Exchange suspended or have on their own initiated their delisting from the local bourse.

Speaking on the recent delistings from the local bourse, Alex Boahen, attributed the situation to a plethora of issues including the poor performance of the companies.

“The reason why investors invest in companies is because they want the companies to be profitable so that they can pay dividends to them. They want their share prices to actually appreciate on the market so that they can make capital gains when they sell their stock. But if you look at it, recently these companies have actually failed to deliver both dividends and also share price appreciation, and it stands to reason that when it gets to a point, it’s probably in the interest of the shareholder and investor community for these companies to actually go off the market so that they can leave the public spotlight and then they can re-strategize and when things actually improve they can always come back and apply and list on the market again.”

While encouraging the about 30 companies still on the local bourse to strengthen their corporate governance systems as well as improve their operations in order to avoid being delisted, Alex Boahen also advised other businesses to consider listing on the Ghana Alternative Market, GAX, to avoid the strict compliance standards of the main market.

“I’ve always seen the call encouraging companies to list on the market as a brilliant idea. I think it needs to be pushed more so that at least we can get a lot more SMEs coming unto the market, especially the GAX. The rules on the GAX market is actually a bit more relaxed than on the main market because even in terms of financial reporting the GAX companies do their reporting twice in a year whiles on the main market, you report four times in a year. So I will advise that some of these companies can repackage themselves and list on the GAX if possible.”

Food and consumable sector stocks performance on the Ghana Stock Exchange were significantly poor for the first half of 2020 compared with their performance in the same period in 2019.

All the three food and consumable sector stocks on the local bourse– Guinness Ghana Breweries, Unilever Ghana and Fan Milk –as of June 2020, had declined in their valuation by 28.9, 14.7 and 56.3 percent respectively.

Over the same period last year, that is January to June of 2019, Guinness Ghana Breweries witnessed no decline, while Unilever Ghana and Fan Milk declined in their valuation by 0.7 and 37.5 percent respectively.

The poor valuation of the food and consumable sector stocks has been attributed to poor financial and operational performance.

Alex Boahen, Head of Research at Databank, said: “The decline in the share prices for the consumer sector stocks on the stock exchange for the first half of this year is largely attributable to the week operating and financial performance of the underlying companies.

“For example, Unilever reported a net loss of GHS16.8 million in the first half of this year as against a profit of about GHS17 million last year. There’s a similar case for Fan Milk and GGBL who have a major improvement in recent times.”

Mr. Boahen was however optimistic of a resurgence in the performance of the food and consumable sector companies as COVID-19 restrictions continue to be eased.

“We are likely to witness some slow recovery as government eases restrictions further. Fan Milk for example depends largely on outdoor sales hence the lack of movement that hit major regions as a result of COVID-19 induced restrictions really affected them. But that should change slowly as things get back to normal,” he noted.

The Ghana Stock Exchange Composite index (GSE-CI) which reflects the average performance of shares of listed companies witnessed a significant drop of about 18 percent from January to August 21 of 2020.

Meanwhile, the composite witnessed a drop of about 11 percent within the same period in 2019.