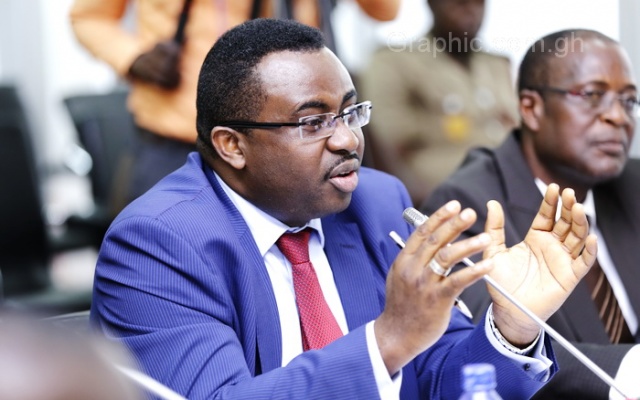 Reports according to the Daily Graphic newspaperÂ reveal that the government has hinted Mrs. Josephine Ankomah, who heads Ecobank in The Gambia, is to replace Dr. Johnson Asiama.

Â Dr. Asiama is reported to be in negotiations with the government over his exit as Second Deputy Governor.

According to the paper, his fate is uncertain as his legal adviser says the government is pushing for his exit from the Central Bank.

His legal team is yet to begin discussions over a negotiated package for him.
{loadmodule mod_banners,nativeads}
Meanwhile, Governor of the central bank, Dr. Ernest Addison, has, in response to media reports that his Second Deputy has resigned, said: â€œHe [Dr. Asiama] is on leave.â€

Dr. Addison made the comment while addressing the media at a Press Soiree in Accra on Tuesday, 12 December.

Dr. Asiama was appointed by President John Dramani Mahama in April 2016, but after serving two years of his four-year contract, he is bowing out in what analysts describe as a â€˜difficulty working with the current regimeâ€™.