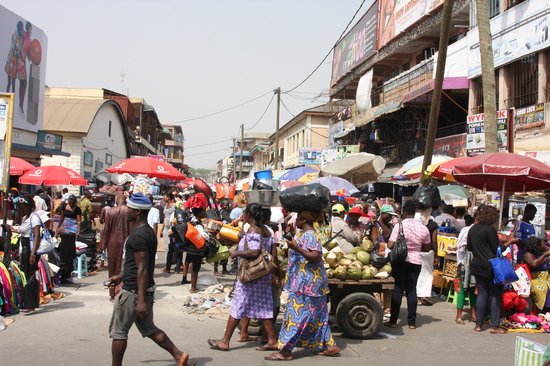 Latest data from the Bank of Ghana (BoG) reveal that the Ghanaian economy is on a strong rebound, brushing off concerns that the second wave of the Covid-19 pandemic could hamper its recovery.

The Governor of the central bank, Dr. Ernest Addison, said in the bankâ€™s monetary policy press statement released on Monday that the key drivers of economic activity were construction, imports, industrial consumption of electricity, domestic VAT, passenger arrivals at the airport, and port activity.

â€œOn the domestic front, the bankâ€™s high-frequency indicators have continued to pick up, reflecting the rebound in economic activity. Although business and consumer sentiments softened on the back of the surge in Covid cases in the early months of 2021, the rollout of the vaccination programme has increased optimism about the future and will further add a boost to the anticipated recovery in growth.â€

â€œEven though private sector credit growth remains generally weak due to the pandemic, the rebound of input supplies, evidenced by increased non-oil imports, should support the ongoing rebound in economic activity,â€ he added.

Results from the bankâ€™s confidence surveys conducted in February 2021 showed some softening of both consumer and business sentiments.

Business sentiments, reflecting the level of optimism among firm managers, deteriorated over concerns that the re-imposition of some restrictions as a result of the second wave of the pandemic could have detrimental consequences on the attainment of firmsâ€™ short-term goals.

Similarly, the softening of consumer confidence reflected heightened concerns about the upsurge in Covid-19 cases in the first two months of the year.

With the commencement of vaccinations and expected gradual lifting of remaining restrictions, the Governor indicated that the expectation is for both business and consumer confidence to rebound.

However, some economists have warned that confidence of both businesses and consumers will likely be adversely affected by the new taxes proposed in the governmentâ€™s 2021 budget.

Last week, lawmakers approved the budget statement in a vote which was split along party lines, with members of the opposition rejecting the statement because of concerns they had expressed over the new taxes and the credibility of the reported budget deficit for the 2020 fiscal year.