Employees will be better with new minimum wage - Minister for Employment 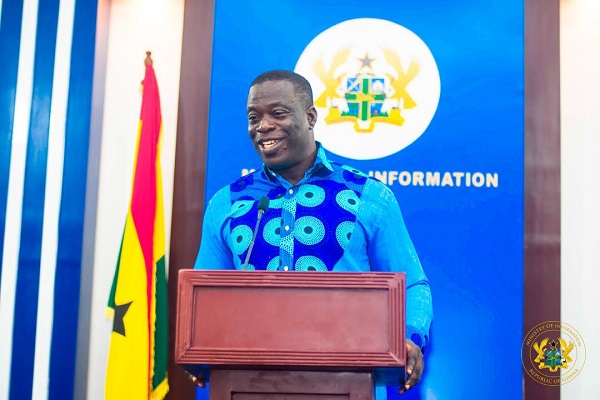 The Minister for Employment and Labour Relations, Ignatius Baffour Awuah says government will place premium on the input of industry and other stakeholders in the determination of the countryâ€™s minimum wage.

At a meeting with the tripartite committee on Thursday, a technical committee was inaugurated to put together a report on proposals for a daily minimum wage.

Speaking to Citi News, Mr. Baffour Awuah indicated that government will ensure that the Ghanaian worker is better off after all the processes and negotiations are completed.

â€œThe role of industry players in the termination of the national minimum wage is perhaps even more key than that of government. We are also interested in the welfare of workers, and we have committed ourselves to so many international protocols which we have assured ourselves and the international community that we will accord the Ghanaian worker decent employmentâ€, the Minister said.

The technical committee has two weeks to submit its report to the Tripartite Committee for further discussions and conclusions on the minimum wage.

Discussions on the minimum wage could not take place in 2020 because of the coronavirus pandemic.

Baffour Awuah said negotiations will begin after the report is submitted.

â€œThe process is that we have to put in place a technical committee which will consider all happenings within the economy; things like the inflation rate and the growth of the economy, and submit the report to us,â€ he explained.

The Minister further noted that â€œtheir report is usually not taken as a final product. It is also negotiated.â€

Secretary-General of the Trades Union Congress (TUC), Dr. Anthony Yaw Baah, has also expressed hope that there would be no lags in the process.

â€œAs soon as he [the Minister] receives the report, he has assured us that he is going to reconvene the National Tripartite Committee meeting, then the processes of negotiation [can] start.â€

â€œIt is a very complex process, and we hope they will do a good job,â€ Dr. Baah added.