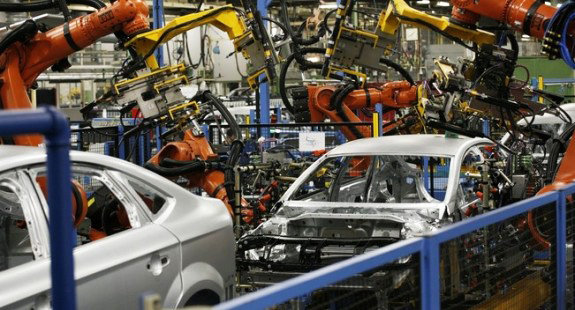 Ghana will cement its position as West African’s automotive production hub in the coming years, according to Fitch Solutions, a research arm of ratings agency Fitch.

The report noted the expected dominance of the nation in the automobile space in West African is due to the comprehensive policy by the government.

“We believe developments in Ghana’s metals sector (steel and aluminium in particular) raises the potential for the country’s nascent autos industry to move up the value chain.”

In August this year, President Akufo-Addo laid the foundation stone of an aluminium metal casting factory and CNC machine tooling centre, which creates opportunities for automotive component manufacturing in the country.

It added: “aluminium products such as aluminium alloy wheels, transmission housings and certain engine components such as piston rods and cylinder heads could thus be manufactured locally.”

“The trend towards light weighting (due to aluminium’s weight reduction properties being beneficial for fuel efficiency) in the autos industry raises opportunities for more aluminium content in vehicles especially as Ghana’s automotive industry develops further”, it noted.

Volkswagen and China’s state-owned, Sinotruck, have begun the assembly of vehicles in the country, while Toyota is still in the process of completing its vehicle assembly plant and Nissan is set to begin assembly soon.

Nigeria which is ECOWAS automobile sales leader in volume terms, according to the report, has not captured the appeal of automakers due to policy uncertainty and a tough operating environment.

The International Finance Corporation signed a loan agreement with Rider Iron and Steel Limited for the expansion of a steel production plant which is set to increase the nation’s steel output by 75 percent by next month. This further raises the opportunity for local component manufacturing in the country.

Intermediary auto-related products such as body structures, panels, trunk closures and engine blocks, it said, could therefore be manufactured locally.

In East Africa, Kenya will most likely according to the report sustain dominance, while South Africa maintains its position to supply the Southern African region.