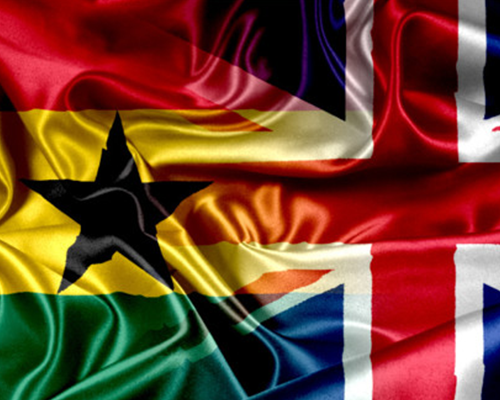 Ghana and UK will today, March 2 sign a new trade agreement that will further deepen ties between the two countries whilst giving exporters of the two countries more hope, Trade and Industry Minister-designate, Alan Kyerematen has disclosed.

The agreement is expected to come into full force from Friday, 5th March.

Mr. Kyerematen said the agreement will be in the form of the regional partnership pact signed between the European Union and ECOWAS.

â€œTechnical consultations took place for a year until December 2020 when the UK was exiting from EU [European Union]. We wanted to avoid trade disruptions. So we were proposing that we used an original text of an economic regional partnership agreement that has been signed between the EU and ECOWAS. We felt that the agreement will be consistent with the requirement of the customs.

â€œSo I escalated the negotiation to the level of my counterpart in UK in December. She gracefully agreed to the principle of continuity, accept our position to use the test of the regional partnership agreement signed between EU and ECOWAS as the basis of the new bilateral Ghana UK agreement because once it comes into force it will not be difficult to convince ECOWAS to adopt thatâ€, Mr. Kyerematen further said.

â€œSo basically where we are now the President [Akufo-Addo] has issued an executive approval for the agreement, we have forwarded the agreement to Parliament. The UK government has signaled that on the 2nd of March both country will sign the Ghana UK agreement and then it will enter into force from 5th of March.â€

Ghana and the United Kingdom in January signed a new interim Trade Partnership Agreement after days of negotiations, ending the Transition Period following the withdrawal of UK from the European Union

The agreement is expected to provide for duty free and quota free access for Ghanaian goods to the UK market and preferential tariff reductions for UK exporters to the Ghanaian market.

According to a statement released by the Ministry of Trade and Industry, â€œthe agreement will enter into effect following the completion of relevant internal procedures required in both Ghana and the UKâ€.

Banana exporters in Ghana to the aforementioned agreement expressed delight, staying, it boost their sales.

According to them, they prefer the British market because there is high level of awareness by consumers of fair trade and it would be difficult to get consumers in other countries to fully appreciate the value of produce especially banana coming from Ghana.