How to terminate the perpetual existence feature of companiesÂ 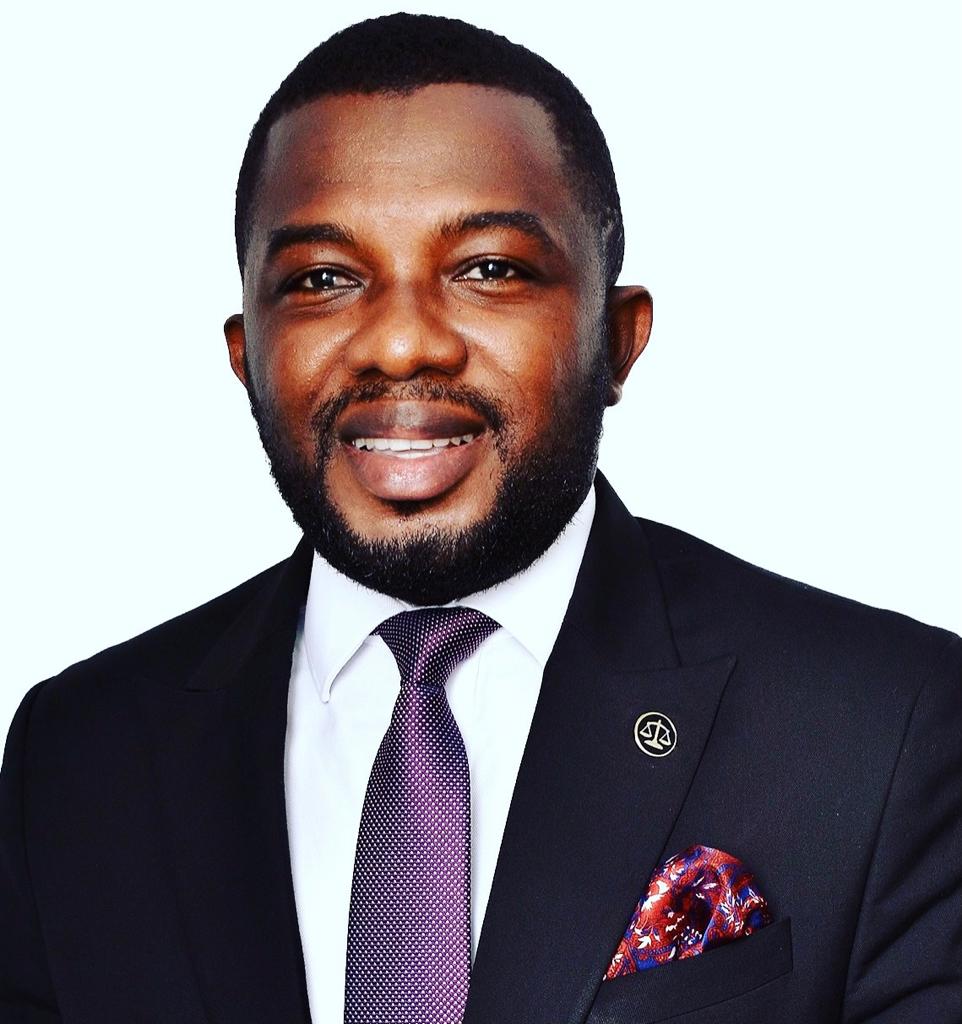 In an earlier article about long-term planning, I argued strongly for the adoption of strategies by company managers and owners that give real effect to the â€œperpetual existence featureâ€ bestowed on companies by law and practice on incorporation.

However, like our local â€œcommunity groceriesâ€ or the more recent phenomenon of modern shopping centers, companies may not operate forever - there will be an â€œopeningâ€ and â€œclosingâ€ time. Shops do close at a point regardless of sales activities. Even in circumstances of a 24/7 operation, a shop closes at a point and does not open (operate) in perpetuity.

Ordinarily, the decision to close a shop may be influenced by many factors â€“ the consideration of these factors may lead to a â€œvoluntaryâ€ or â€œforcedâ€ decision on closing time. Equally, company managers/owners could take a voluntary decision of â€œclosing shopâ€ (terminating the continuous existence of a company) or be forced by the circumstances of their operations to â€œshut the doorsâ€- either by the company itself, a petition to the Court or the Registrar of Companies among others.

A companyâ€™s decision to terminate its potential perpetual existence could be made whether a company is operating profitably (sales) or is unable to meet its debt obligations or to continue its operations (no sales).

Regulations in Ghana anticipate these circumstances and provide the legal framework for the exercise of the rights of company managers and owners, creditors, administrators or the Registrar of Companies to bring to an end (close shop), the life of an incorporated company hitherto with the potential to exist forever.

To a large extent, I will in this article discuss the circumstances permitting a perpetual existence feature â€œtermination decisionâ€ and the legal effects of such decisions.

CIRCUMSTANCES THAT MAY NECESSITATE A â€œTERMINATION DECISIONâ€

A. A SOLVENT AND REGULATORY COMPLIANT COMPANY

â€œWe all die. The goal isnâ€™t to live forever, the goal is to create something that willâ€ â€“ Chuck Palahniuk

The above quote reflects the reality and the desires of many company owners. The translation of ideas into products - goods and services using the vehicle of a registered company demonstrates the aspiration of many businessmen(women) to create things that potentially will last forever. The likes of Asa Griggs Candler, Arthur Guinness, Steve Jobs among others have left our world with great products â€“ thriving long after their deaths.

Typically, the ability of a company to strive and flourish long after the demise of its original owner(s) showcases the true essence of the â€œperpetual existenceâ€ feature of a company. Nonetheless, the continuous existence (and operation) of a profitable and solvent company could be brought to an end - terminated.

READ ALSO :The 7 rules of successful investing in stocks

A company is "solvent" when it can use its assets to honor (with or without surplus) its debts and financial obligations without external assistance (either as equity or loan). Solvency exhibits a companyâ€™s ability to pay in full all its debt obligations when they fall due.

Normally, a solvent and regulatory compliant company is not expected to close shop. However, the Companies Act, 2019 (Act 992) sets out a procedure which allows a majority of directors to by an affidavit, following a full enquiry into the affairs of a company and concluding that the company will be able to honour its debts and liabilities in full within a period of not more than twelve (12) months from the commencement of the winding-up, to activate the processes for a companyâ€™s perpetual existence termination. The affidavit declaring a company as solvent (containing a statement of all assets and liabilities) fulfils the condition precedent for the passage of a special resolution authorizing the ensuing termination processes provided for by Act 992.

The voluntary nature of this provision reinforces the ultimate power of company managers and owners to at-will terminate the continuous operation of a company â€“ constituting themselves into a powerful group of decision-makers.

In practice, it implies that a company offering oneâ€™s favorite product/service, despite its continuous successful operation could on the decision of its directors and shareholders, terminate its operations and close shop.

Although rarely used, it remains a lawful option for bringing the life of a company to an abrupt end â€“ terminating its perpetual existence feature.

Â B. A SOLVENT AND REGULATORY NON-COMPLIANT COMPANY

The Corporate Insolvency and Restructuring Act, 2020 (Act 1015) makes provisions for the presentation of a petition to the Court by the Registrar, a creditor, a shareholder or the Attorney-General for the official winding up of a company for regulatory non-compliance issues in the nature of unlawful business or object, illegal operation or the carrying on of business not authorized by a companyâ€™s constitution.

I however think that a petition on the ground that the business being carried out by a company is not authorized by its constitution and therefore must be winded up will be in conflict with the provisions of Act 992 dealing with the authority of a company to carry on business and the legal effect of such transactions despite restrictions in its registered constitution. Although, I think such related petition will not succeed, this apparent contradiction of our laws must be subjected to a judicial pronouncement or legislative amendment in the future.

Nonetheless, the stated grounds necessitating a petition to the Court imply that the life of a company could be brought to an end for issues other than its ability to honour its debts or other financial obligations.

By this mode, the petitioner must demonstrate to the Court that a company has engaged in the prohibitions under law. A Court satisfied by the merits of that petition may make orders which will trigger the laid down procedures for bringing the potential perpetual existence of a company to an end.

Under this approach, regulatory non-compliance solely accounts for the winding-up decision of a company other than its solvency (financial) position.

No definition has been provided in Act 992 in respect of an â€œinsolventâ€ company. However, Act 1015 defines an â€œinsolventâ€ (company) as one which is â€œunable to pay debts as the debts fall dueâ€ â€“ implying the inability to meet debts and other financial obligations when they become due.

A company could get to the position of insolvency as a result of the reduction in its revenue mobilization, poor cash management, increased operational expenses among others. It impedes a companyâ€™s ability to operate at its optimal level, run efficiently and mitigate against imminent closure. The option to close shop becomes a highly outcome at the stage of insolvency.

An official winding-up proceeding for an insolvent company could be commenced by a special resolution, a petition addressed to the Registrar, a petition to the Court, conversion from a private liquidation and the conversion from administration or restructuring of a company. In order to be successful using any of the modes, it must be proven satisfactorily that, the company is in fact unable to meet its debts when they become due.

By a special resolution, a company distressed and unable to honour its financial obligations could resolve for its official winding up â€“ an indication of the intention to close shop. Also, on the notice of a liquidator appointed for a private liquidation (voluntary winding-up) alleging that a company may not be able to pay its debts in full on the ascertainment of all its assets and liabilities, the Registrar may order for the conversion of a private liquidation into an official winding-up â€“ an admission that the company was hitherto not solvent. Further, a petition by a creditor or a shareholder to the Registrar could activate the official winding-up processes in accordance with the law.

Following the passage of Act 1015, Administration and Restructuring opportunities aimed at securing the continued existence of companies as going concerns have been sanctioned in law. Administration or Restructuring are significant innovative management steps by Act 1015 to ensure distressed companies at first instance are managed for success and their perpetual existence secured.

Administration or Restructuring is a consequence of a company with a negative net worth (where the value of assets is less than the liabilities taking into account the contingent and prospective liabilities) or unable to pay its debts or current obligation of the company as they fall due even if the total assets exceed its total liabilities.

Where Administration or Restructuring succeeds, the related company will be saved from â€œclosing shopâ€. Otherwise, a notice to the Registrar by an Administrator of the inability to salvage the business of the company may result in a petition to the Court for a winding-up order converting the administration into an official winding-up.

It is significant to note that, the only underlying consideration in bringing the life of a company to an end in any of the above circumstances is the inability to pay its debts or other financial obligations when they fall due â€“ insolvency. In such a state, it becomes prudent to â€œclose shopâ€ than keep it open.

With the passage of the respective resolutions and the appointment of a liquidator â€“ as in private and official liquidation or the making of a winding-up order by the Registrar or the Court, the processes for winding-up are set in motion.

Additionally, the liquidator assumes custody for all assets and undertakes the ascertainment of all liabilities. This is to enable the liquidator to make an accurate assessment of the financial position of the company before any distribution in accordance with the law.

Matters relating to proceedings in court and transfer of shares are also affected by the activation of the winding-up processes.

In essence, once a termination decision is made and processes activated, the normal continuous operation of a company in line with its perpetual business outlook is called in question and slowed down towards its eventual burial â€“ close of shop.

The text in Ecclesiastes 3:2 â€œa time to be born and a time to dieâ€¦â€ (New International Version) is a conclusive prediction of our mortality status as humans. We wish we live forever but we cannot. However, companies as artificial persons have been granted the â€œspecial graceâ€ by statute to potentially exist in perpetuity. Regardless, whether a company is being run successfully (profitably) or not, its managers and owners can decide to or by the operation of law terminate its continuous existence and operation.

Such â€œtermination decisionsâ€ which eventually leads to the â€œclosing of shopâ€ are recognised as lawful ways of terminating a potentially perpetual existence feature of companies.