Inflation for August falls to 10.5% 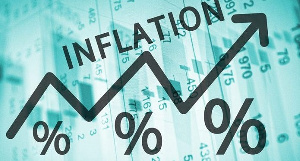 A marginal drop in food inflation in the month of August 2020 pushed inflation down to 10.5 percent.

The decline which is the lowest rate since April 2020, was 0.4 percent lower than the previous month rate of 11.4 percent.

The decline in inflation comes as a good omen to the economy, as interest rates will generally remain relatively same, whilst cost of borrowing will also likely not change, although the fiscal economy need some improvement.

The Monetary Policy Committee of the Bank of Ghana is meeting to review developments in the economy and will prioritize the issue of inflation in its decision regarding the policy rate [the rate at which it lends to commercial banks].

According to figures by the Ghana Statistical Services, year-on-year food inflation went down by 2.4 percent to 11.4 percent. Month-on-month food inflation also fell by 1.1 percent.

On the other hand, non-food inflation went up by 0.2 percent to 9.9 percent.