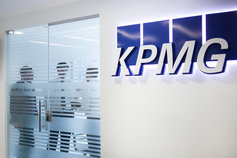 International audit and business advisory firm, KPMG, has denied some media reports that its former Senior Country Partner, Nii Amanor Dodoo, who was appointed by the central bank as receiver for some five collapsed banks has been fired from his job.

A statement issued by the firm in Accra said the report which first appeared on a private newspaper christened The Herald made statements which are not factual regarding Nii Amanor Dodoo’s work as the receiver for Beige Bank, Unibank, Construction Bank, Sovereign Bank, and The Royal Bank.

Mr. Amanor Dodoo retired from the company he had served for 40 years was recently honoured by the firm while Anthony Sarpong was appointed as the new Senior Country Partner.

The paper had reported that the receiver’s contract with KPMG was terminated after some adverse findings were made regarding the receivership process.

But the firm refuted the claims saying, “In his capacity as the Receiver of the defunct banks, the firm is
providing a team of professionals to support Nii Amanor Dodoo. The engagement has been performed to meet standards expected of the Receiver by law and in line with KPMG’s professional standards.”

Below is the full statement issued by the audit firm 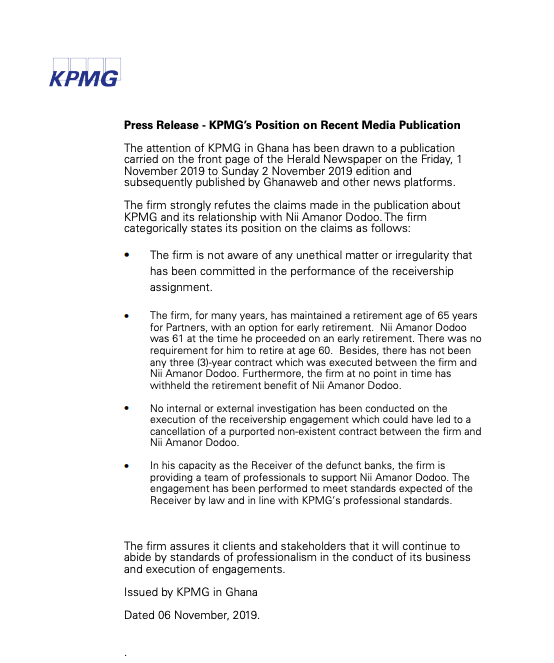