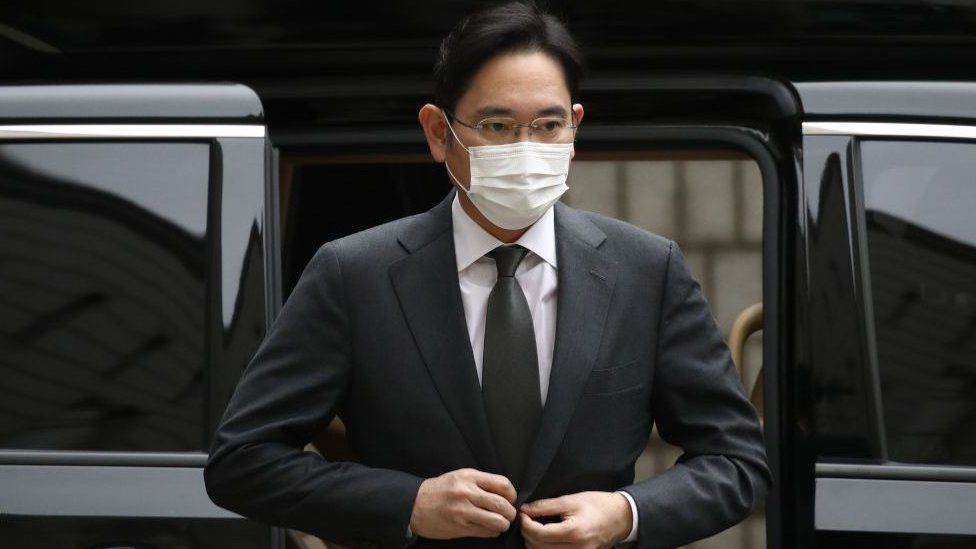 Samsung heir Lee Jae Yong has been sentenced to two years and six months in prison by a high court in South Korea.

The case is a retrial of a bribery case involving the country's former President Park Geun-hye who was also jailed for bribery and corruption.

Lee has been the de facto head of Samsung Electronics since 2014.

The ruling is likely to have ramifications for the future of his role at the tech giant.

He assumed leadership of the company in 2014 when his father Lee Kun-hee was hospitalised with a heart attack in 2014. The elder Lee died in October, but the chairmanship he held has yet to be formally filled.

Lee was first jailed in 2017 for bribing one of Park's associates. But the sentence was reduced and suspended on appeal, before a retrial was ordered.

Second court battle
For years, Lee faced legal troubles, even as he stood on the cusp of becoming the leader of the global tech giant.

He was first arrested in February 2017 over his alleged role in a political and corporate scandal linked to South Korea's then-president, Park Geun-hye.

Samsung was accused of paying 43bn won ($37.7m; £26.7m) to two non-profit foundations operated by Choi Soon-sil, a friend of Parks, in exchange for political support.

The favours were alleged to include backing for a controversial Samsung merger which paved the way for Lee to become eventual head of the conglomerate, a deal that needed support from the government-run national pension fund.

Lee denied the charges. He admitted making donations but denied Samsung wanted anything in return.

In August 2017 a court convicted him of the charges and sent him to prison for five years.

In February 2018, that sentence was halved, and the Seoul High Court decided to suspend the jail term, meaning he was free to go.

The Supreme Court then sent the case back to the Seoul High Court, which issued Monday's ruling.
BBC