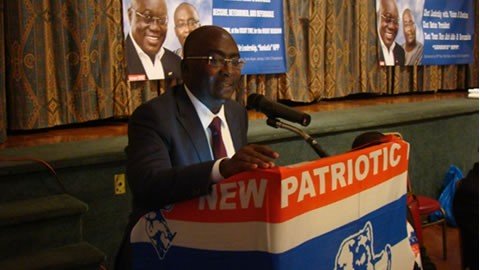 Speaking at a public lecture under the themeÂ â€œThe State of the Ghanaian Economy â€“ A Foundation of Concrete or Straw" at the National Theatre on Thursday, Dr Bawumia said, "graduate unemployment has reached crisis levels with 60% of graduates unable to find a job" but the Mahama government was just looking on because it was "bereft of job creation ideas".

He noted that the little efforts by the government to tackle the problem of youth unemployment have been shrouded corruption.

Indeed, "GYEEDA has been used as an avenue to siphon funds and not for job creation", he pointed out.

"The World Bank reports that youth unemployment in Ghana is at 48%.This is a ticking time bomb", he stated adding that, "the unprecedented joblessness as aÂ result of the economic policies of the John Mahama government".