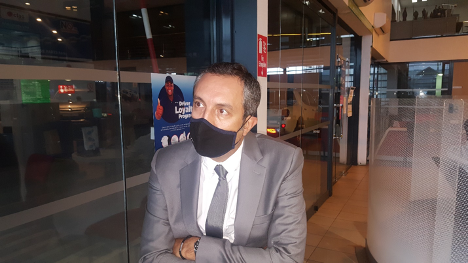 “Our group is working on that; obviously by the end of 2021 we will be present as an assembly plant [in the local market] also,” Managing Director Paulo Fernandes told Business24 in response to a question on whether the makers of the cars that CFAO distributes in Ghana had plans of assembling locally.

He added: “To have an assembly plant in Ghana is a huge opportunity for global car manufacturers to produce new vehicles at cheaper prices for the population—and I think it’s a really good idea.”

To him, the move affirms the confidence of the two carmakers and CFAO in the domestic automobile industry.

A number of carmakers have announced their intentions to set up assembly plants in the Ghanaian market, following the government’s launch of an automotive development policy to encourage investment in the sector. German automaker Volkswagen (VW) has already begun assembling some of its brands locally.

For such investments to succeed, however, the CFAO Motors boss reiterated the need for a ban on used and salvaged vehicles, which, he argued, was “a good thing for the environment and for the future of the country”.

“If the government will support us—like placing a ban on used-car imports—the new car market will grow and it will be good for everyone. It is dangerous for the growing nation to continue to purchase vehicles that are not fit to be driven in Ghana.”

Apart from government support, Mr. Fernandes said the local automobile industry will need support from the banks, in terms of providing secure and sustainable means of funding for potential car buyers.

He said: “The automobile industry will need very interesting financing solutions to grow, and it will be very difficult without the support of the banks. It must be teamwork between carmakers, dealers, banks and the government. This will be a game-changer for the automotive sector.”