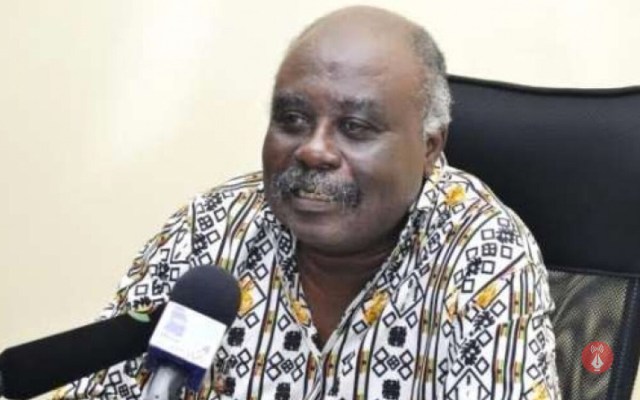 He said the sector has become an easy avenue for the government to rake in money through new levies and taxes hence the many tax components for fuel purchased.

Speaking on Eyewitness News, the businessman said since the administration of President John Agyekum Kufuor, several taxes have been slapped on the petroleum sector, leading to the high cost of fuel with consumers continually bearing the cost.

â€œIt is totally unjustifiedâ€¦ There is no justification, it [petroleum products] just happens to be a low-hanging fruit that you can just slap anything on,â€ he said.

He suggested that some special taxes introduced for specific purposes should be scrapped to offer petroleum customers some relief rather than the introduction of new taxes.

â€œ20 years ago, President Kufuor introduced what he called the Refinery Recovery levy. That was supposed to last for four years but 20 years on, it is still here, now as the energy sector recovery levy. In 2015, oil prices collapsed and Mahama government instead of reducing prices according to the formula said our revenues are down because the datum prices of oil have gone down, so we need to crawl back revenue, so there was a 2-year special petroleum levy. I think 8 years on, it is still on. I will suggest that if these two temporary taxes which were meant to address specific issues were removed, that alone will reduce taxes,â€ he said.

Osei Kyei-Mensah-Bonsu, the Minister for Parliamentary Affairs and caretaker Minister for Finance while delivering the 2021 budget statement in Parliament announced the tax proposals on fuel; 10 pesewas per litre for diesel and petrol as Sanitation and Pollution Levy (SPL) and 20 pesewas per litre of petrol and diesel to be used as Energy Sector Recovery Levy to cover charges on the State for excess capacity of power.

â€œTo provide the requisite resources to address these challenges and fund these activities, Government is proposing a Sanitation and Pollution Levy (SPL) of 10 pesewas on the price per litre of petrol/diesel under the Energy Sector Levies Act (ESLA),â€ the Minister said.

â€œMr. Speaker, it has become very necessary for Government to consider a review of the energy sector levies. The Energy Sector Recovery Levy of 20 pesewas per litre on petrol/diesel under the ESLA is hereby submitted to this House for approval,â€ he added.

The development has generated huge controversy with many Ghanaians complaining that should the proposed taxes be approved, it will bring untold hardship on them especially as they are yet to recover from the effects of the COVID-19 on their personal economies.

In fact, fuel prices have already risen by some 11% in the last two months and the proposed new taxes could make an additional 5% rise in taxes which will be borne by consumers.

Dr. Wereko-Brobby said, â€œthe idea that sanitation taxes should be put on petroleum doesnâ€™t make sense. I think government has been dishonest with the people of Ghana and not just see petroleum as the big cow for ripping off people.â€

He expressed concern that any further increase in the price of petroleum products could lead to other aspects of the economy being affected negatively.

He, therefore, advised the government against the proposed new taxes.