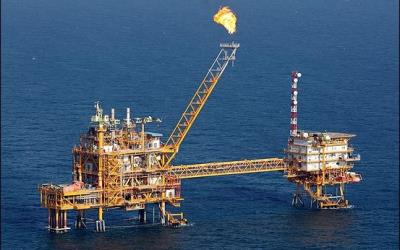 The Public Interest and Accountability Committee (PIAC), which monitors and evaluates the management and use of petroleum revenues, is asking Parliament to compel the central government to account for about GH¢1.5bn of oil revenue which was left unutilised in 2019.

The watchdog said for the past three years, petroleum revenues voted to support the execution of government’s budget—known as the Annual Budget Funding Amount (ABFA)—have been underutilised and the remainder unaccounted for.

Speaking at the press launch of PIAC’s 2019 Annual Report, the committee’s chairman, Noble Wadzah, explained that the total ABFA available for spending in 2019 was in the region of GH¢2.7bn, out of which GH¢1.2bn was utilised, leaving a balance of GH¢1.5bn unutilised.

He said for the third year running, not only has a sizable proportion of the ABFA not been fully utilised, but it has also not been accounted for, impeding PIAC’s appreciation of the full utilisation of Ghana’s petroleum revenues.

The situation, he added, stifles PIAC’s ability to track how the revenues have been used, especially as the Ministry of Finance claims the unspent funds have been returned to the treasury main account, which is beyond the mandate of PIAC to scrutinise.

“PIAC urges Parliament to bring its oversight mandate to bear on the Ministry of Finance’s impunity and failure in not accounting for unutilised ABFA,” the committee said in its report.

The committee also noted that for the second straight year, no allocation from the ABFA was made to the Ghana Infrastructure Investment Fund (GIIF), contrary to the provisions of the PRMA and GIIF Act.

The committee further said that despite its persistent advice to Parliament to curtail Ghana National Petroleum Corporation’s (GNPC) non-core activities, the entity continues to dedicate more funds and resources to its foundation while issuing guarantees to other state-owned enterprises—even as it is unable to meet cash calls for its ongoing upstream projects.

Last year, GNPC provided guarantees to the tune of US$645.5m, about twice the amount of the previous year.

The Institute for Fiscal Studies (IFS), a public policy think tank specialising in fiscal policy evaluation, has described such activities by GNPC as quasi-fiscal and an inefficient use of the corporation’s petroleum revenue.

The PIAC report also revealed that while GNPC supplied US$334.6m worth of raw gas to the Ghana National Gas Company (GNGC) in 2019, no payment was received, leading the committee to recommend to government to, as a matter of urgency, address the unsustainable debt of GNGC.