Prices of pharmaceutical products to go up 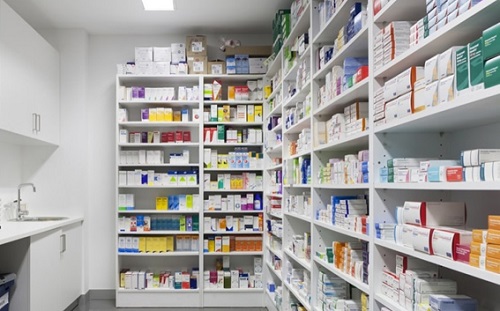 Prices of pharmaceutical products will in the coming days go up due to challenges faced by importers in clearing their goods at the port.

The importers are now paying rent and demurrage charges after the delay in the implementation of the new system, UNIPASS.

Anthony Ameka, Chief Executive of the Pharmacy Chamber said they have identified three main challenges since the implementation of UNIPASS.

According to him, these challenges are making it difficult for them to clear their goods at the port.

READ ALSO :  UNIPASS : GUTA wants to know who bears the cost of demurrage, rent charges at the port

With these challenges, the importers are now paying demurrage and rent charges.

The chamber is calling on the government to waive the charges for them.

"The challenge is that is all these delays that are not caused by our members what do we do and who has to pay for the cost of the demurrage so we think the government has to give us a waiver in that respect."

Ghana Union of Traders Association, GUTA, has also asked the government to come clear on who bears the cost of demurrage and rent charges at the port after the implementation of the Integrated Customs Management Systems, (ICUMS), also known as UNIPASS.

They are also appealing to the government to speedily fix the challenges that have bedevilled the implementation UNIPASS.

According to them, the existing difficulties with the system which are causing delays is pushing them to pay more for demurrage and rent, a cost they cannot bear.

In a statement issued by the Association, President of the group, Dr. Joseph Obeng, said, “prior to the introduction of the UNIPASS system, we were briefed on the efficiency that the new system would bring to bear on the clearing process at the ports. It is, therefore, a surprise to us that the system is fraught with challenges that cause delay, which eventually costs the importer, in terms of demurrage and rent charges.”