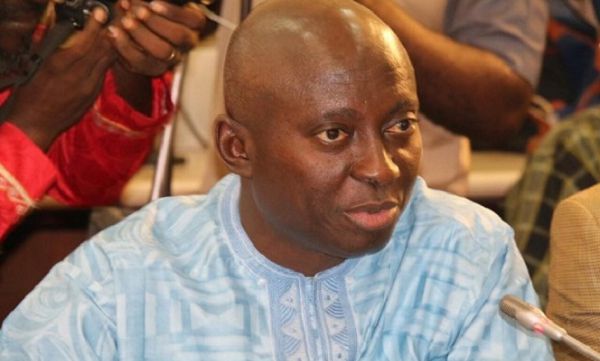 The Ministry of Works and Housing, Samuel Atta Akyea says a new bill will soon be presented to Parliament which will require real estate agents to pay tax on the commission they earn from helping clients secure accommodation.

Speaking at the meet the press series,  Atta Akyea said the operations of the real estate agents will be regulated to protect the public from paying exorbitant fees to those agents.

“These agents don’t pay tax and they can rip you off. We are trying to deal with it through the Real Estate Law and in it, all real estate agents would have to be registered. And they have to divulge their commission for tax purposes to increase the revenue base of the country.”

Atta Akyea also assured that the Rent Act is being revised to safeguard vulnerable tenants. He, however, expressed the government’s commitment towards bridging the housing deficit which is the fundamental problem to the high cost of rent in the country.

Nima, Maamobi will be the new "Villagio" in Accra

Residents of Nima and Maamobi in Accra will soon see a facelift of their communities as the government intend to redevelop the areas into a world-class residential enclave.

According to the Works and Housing Minister, Samuel Atta Akyea the redevelopment of the slum (Nima and Maamobi) will give meaning and beauty to the President’s vision of Inner City and Zongo Development.

Addressing the press on Tuesday, Samuel Atta Akyea said to achieve government vision his ministry “is collaborating with the Lands and Zongo Development Ministries to turn the approximately 1,039 acres of prime land into a world-class residential enclave.”

“We are aware that the people of Nima have their own homes. We are not going to dislodge them. We are going to build executive flats and housing arrangement for them and they will move in free of charge.

“The residents can now sell their Villagio structures to cancel out the cost. This is what we are trying to do but they will live in the modern structures free of charge. But, they will own it because we took the slum and we used the land for benefit. So they will have it for free of charge. That is how to go”, he noted.