Russia says it has made payments to avoid debt default 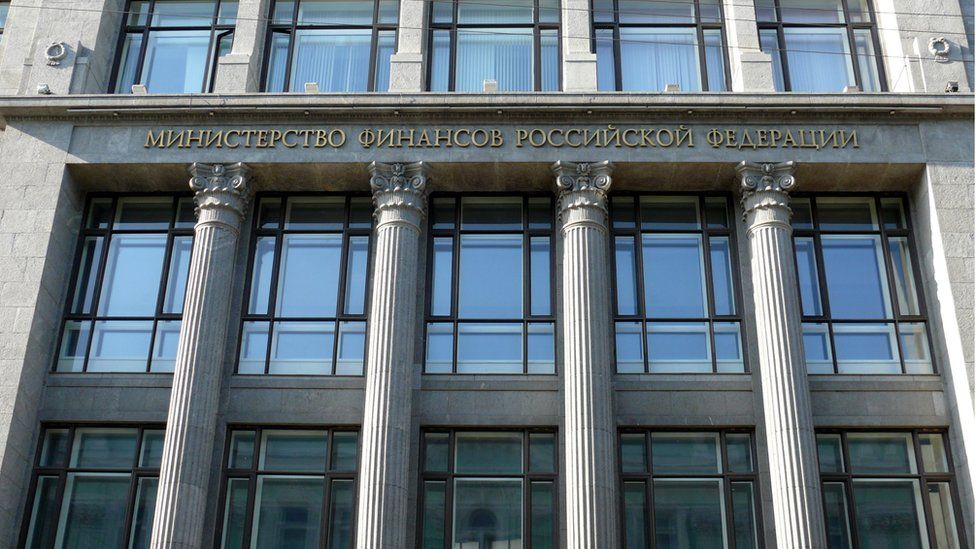 Russia says it has made overdue payments on its foreign debt, heading off a possible default next week.

The interest payments, totaling $650m, were made in dollars, it said.

On Friday Russia's central bank chief Elvira Nabiullina told journalists that "there cannot be any talk of default" but acknowledged that there were "difficulties with payments".

Questions had grown about whether Moscow would be able to meet its obligations as a 4 May deadline loomed.

Payments on the country's $40bn of international bonds must be made in the currency originally specified.

But Russia has lost access to much of its reserve funds held in foreign banks, due to sanctions imposed by the West and allies in the wake of Russia's invasion of Ukraine.

Earlier this month Moscow proposed fulfilling its obligations regarding these particular bonds in roubles, a suggestion rejected by Moody's and other credit ratings agencies.

The credit ratings agencies said payment in anything other than dollars would amount to a default, which would have significant implications for Russia's economy, including the ability to borrow in future.

Russia last defaulted on rouble-denominated debt in 1998 when the country went through a financial crisis.

It defaulted on its foreign currency debt in 1918, following the Bolshevik revolution. At that time Vladimir Lenin, the revolutionary leader refused to recognise the debt obligations inherited from the tsarist regime.

A 30-day grace period, following Russia's initial failure to make payments on the two bonds in question, is due to expire on 4 May, by which time investors must have received the money they are owed.

Russia said it had made the payments to the London branch of Citibank, one of the banks responsible for disbursing the payments. A US official said the payments had been made, but not using frozen dollar assets from within the US.

Russia's difficulties are likely to increase before 25 May, when sanctions rules are due to change, limiting further whether western agents are permitted to process Russian debt payments.

Russia cut interest rates on Friday by 3% to try to boost the flagging economy. The main lending rate, which was raised in the immediate aftermath of the invasion, is now at 14%.