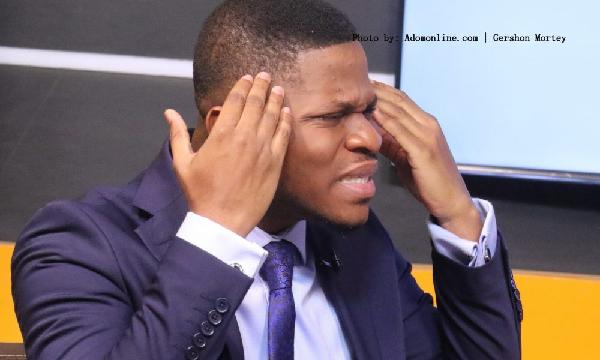 The National Communication Officer of NDC Sammy Gyamfi has attributed the free fall of the Cedi to among other things, the 'reckless' expenditure by the government.

According to him, the current government communicators know the bane of Ghana's economic crisis but are rather shifting the goal post to Covid-19 and Russia and Ukraine war.

"The reason why the cedi is depreciating is because of the huge capital outflow when investing are taking out their money because of our unstainable debt position, Sammy Gyamfi said on TV3's Key Points.

"We have gotten ourselves into this position because this government spent recklessly and had to accumulate debt at a very alarming rate."

He added that “what makes the hardship even more painful is, we have people who, instead of taking responsibility for their mess, mismanagement and recklessness, always make flimsy excuses for the problems that we have on our hands.

“Every NPP communicator is either blaming the problem on Covid-19 or the Russia and Ukraine when they know the root problem has very little to do with these global problems.”

“The ever depreciating Ghana cedi, today it is the worst current in Africa according to Bloomberg, and the second worse currency in the world. Was this caused by Covid and Russia Ukraine war?”

Inflation rate for the month of July 2022 was 31.7 per cent, the Ghana Statistical Service (GSS) announced on Wednesday, August 10.

This is up from the 29.8 per cent recorded in June.

Meanwhile, Ghana suffered another blow as its credit rating has been downgraded by Fitch Ratings from B- to CCC this week.

This rating did not come with an outlook because Fitch typically does not assign outlooks to ratings of ‘CCC+’ or below.

This update follows Standard and Poor’s (S&P) downgrade of Ghana’s foreign and local credit ratings from B-B’ to CCC+C with a negative economic outlook.

Ghana’s January 2022 B- rating from Fitch came with a negative outlook.