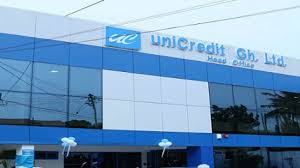 The Bank of Ghana (BoG) is set to appeal the court ruling that went in favour of uniCredit Ghana Limited.

On 7th July 2022, the Court of Appeal, ruled in favour of shareholders of uniCredit Ghana Limited seeking to reverse the Bank of Ghana’s decision to revoke the company’s savings and loans licence in 2019.

By its ruling, the Court of Appeal reversed the earlier decision of the Human Rights Court dated 18th March 2021 which held that the regulator followed the relevant law and due process in revoking the licence of Unicredit Ghana Limited.

The Bank of Ghana appears to stand by its decision to revoke the licence as it has instructed its lawyers to appeal against the decision in the interest of promoting financial stability.

The Receiver of Unicredit Ghana Limited will continue to perform his statutory functions while appeal processes are filed by the Bank.

The Court of Appeal has ruled that the Bank of Ghana’s decision to revoke the license of UniCredit Ghana Limited was unlawful.

The Court describes the Central Bank’s decision as an unlawful exercise of its powers.

The three-member Court, with Justice Gbiel Suurbaare as President, was unanimous in its decision on Thursday to quash the BoG’s revocation of UniCredit’s license.

The other members of the Panel are Justices Merley Afua Wood and Janapare Bartel.The Central Bank, on Friday, August 16, 2019, revoked the licences of 23 insolvent savings and loans companies and finance houses including uniCredit, pursuant to Section 123 (1) of the Banks and Specialised Deposit-Taking Institutions Act, 2016 (Act 930). This provision requires the Bank of Ghana to revoke the licence of a Bank or Specialised Deposit-Taking Institution (SDI) where the Bank of Ghana determines that the institution is insolvent.

However, Hoda Holdings Limited, mother company of UniCredit, in a writ filed on Monday, August 19, 2019, sought an interlocutory injunction against the BoG from interfering with its operations pending arbitration.

Subsequently, in 2020, the High Court (Human Rights Division) presided over by Her Ladyship Gifty Adjei Addo, dismissed a Judicial Review application filed by HODA Holding against BoG following the revocation of the operating license.

Dissatisfied with the ruling, HODA Holdings proceeded to the Court of Appeal to challenge the High Court Judgment.