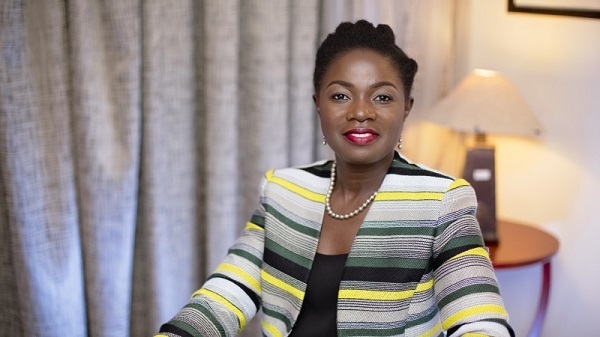 Ms Quist was recently the Vice President of the FIFA GFA Normalisation Committee.

She has been described by many as a very smart woman and is the author of The Bold New Normal.

This comes as no surprise to many as she became the first Ghanaian woman to be appointed CEO of a multinational telecoms business.

Prior to that, she held senior leadership roles with Millicom and Vodafone both in Ghana and a number of African countries.
Lucy has extensive experience outside the African continent. She began her illustrious career with Ford Motor Company, spending a decade with the company in many roles. She also worked as a Change Manager for the Royal Bank of Scotland, playing a key role in the ABN/AMBRO merger.

The Chartered electrical and electronic engineer, with a first class degree from the University of East London and an MBA from INSEAD, has a reputation for transforming businesses for growth even in the most challenging situations.

The multiple award-winning leader recently launched her book, The Bold New Normal, to engineer a change in mindset, to inspire and empower young Africans to change Africa’s narrative and to collectively create a continent where everyone prospers.

About Morgan Stanley
Morgan Stanley is an American multinational investment bank and financial services company headquartered at 1585 Broadway in the Morgan Stanley Building, Midtown Manhattan, New York City. With offices in more than 42 countries and more than 55,000 employees, the firm's clients include corporations, governments, institutions and individuals. Morgan Stanley ranked No. 67 in the 2018 Fortune 500 list of the largest United States corporations by total revenue.

The original Morgan Stanley, formed by J.P. Morgan & Co. partners Henry Sturgis Morgan (grandson of J.P. Morgan), Harold Stanley and others, came into existence on September 16, 1935, in response to the Glass–Steagall Act that required the splitting of commercial and investment banking businesses.