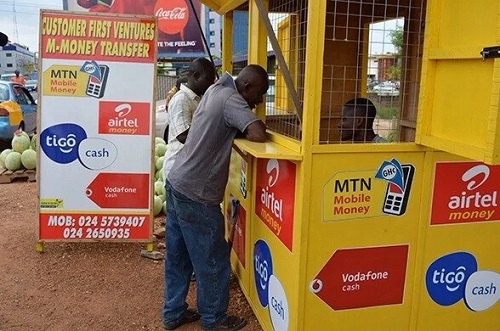 A Bank of Ghana report indicates that the value of mobile money transactions has more than doubled in the last twelve months.

According to the BoG, the total value shot up by over 110 percent eight months into the year 2020 compared to the same period last year.

All these details were contained in the Central Bank’s Summary of Macroeconomic and Financial Data report.

The value of mobile money transaction from January to August 2020 has generally risen as compared to figures within the same period in 2019.

The surge can greatly be seen in May, as it shot up from GHS32.8 billion in April to GHS41.5 billion in May, representing a whopping 26.5 percent increase.

The fluctuating figures in the first four months of the year were somewhat influenced by the occurrence of the coronavirus pandemic.

This can be seen in a three percent drop in the value of transactions in April which can be attributed to the period where some parts of the country were partially locked down, with most people not performing either cash or virtual transactions.

Furthermore, the total number of mobile money transactions saw a surge from 175 million in August last year to 267 million this year.

The value of Mobile Money Interoperability (MMI) transactions also shot up by almost a 1,000 percent from GHS65.7 million to GHS685 million between August 2019 and August 2020.