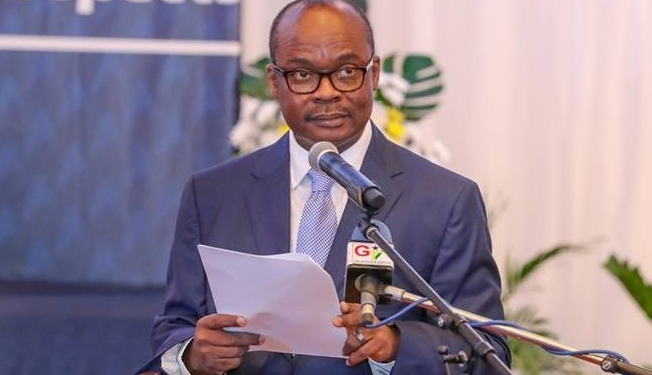 Governor of the Bank of Ghana, Dr. Ernest Addison has expressed confidence in the ability of the local currency to continue with its impressive streak of relative stability in the short to medium term.

Compared to the 9.3 percent decline in the value of the Cedi against the US Dollar in the first nine months of 2019, the local currency depreciated by only 2.9 percent from January to September 2020.

Speaking at the just-ended 96th Monetary Policy Committee press conference, on the prospects of the local currency going forward, Dr. Ernest Addison said the significant decline in non-resident investors’ shares in Ghana’s domestic debt, for example, helps with lowering the Cedis’ vulnerability to any possible capital flight, which bodes well for the currency’s stability.

“If you look at the domestic debt between March 2018 and now, it’s almost been stable. But something very interesting has happened, the resident investors say their share declined from over 13% to just about 18% or so, and then the domestic investors are saying their shares go up in the bank. It says a lot about vulnerability. We’ve been able to reduce the share of non-residents and that’s a very serious vulnerability that we’ve been able to address between 2018 and now. The question is that where that capacity did counts for domestic investors to be able to substitute for all these non-resident loans that have gone out. The recapitalization of the banks has had so much capital that they are able to substitute for non-resident investors and that has allowed the Cedi to be very stable over the last year and a half,” he said.

The Governor also added that key measures are being put in place to ensure the stability being enjoyed continues.

“We think that we are in a better position now than a year ago or two to see a more stable currency. The seasonal demand in the fourth quarter will be there. We are working very hard to ensure that we have the highest to help us manage the situation more effectively. I think somebody asked whether the target of building three hundred million additional is the target. We will still hold and my director of financial has confirmed to me that he is still on track to building three hundred million dollars by the end of the year,” he added.

Out of some 15 key currencies on the continent evaluated by Databank from January to September, the Cedi remained relatively stable, unlike the other currencies like the Zambian Kwacha and the Nigerian Naira which experienced the biggest weakening amongst all the currencies dropping by 29 % and 19 % respectively.

While the West African CFA Franc performed the strongest appreciating by almost 6 percent against the dollar from January to September.