Couple delighted to have Tom Hanks around while taking wedding photos

For one pair of newly-weds, the professional photographs of their big day will have to compete with a selfie with one happy passer-by - Tom Hanks.

Ashesi University has hosted formidable artiste, M.anifest, real Kwame Ametepe to broaden the horizon of its students in a music lecture. 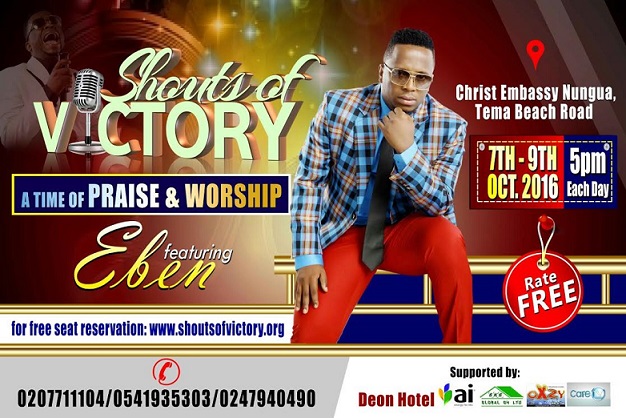 The international multi award winning artist; Eben is set to perform live in Ghana on the 7th to 9th day of October, 2016 at this year`s Shouts of Victory Concert organised by Christ Embassy Church, Nungua.

The much-applauded performance at the Vodafone African Legends Night in Accra by legendary South African musician Yvonne Chaka Chaka could have been her last after she was caught in a crossfire that left one person dead and another injured in Midrand, north of Johannesburg, on Tuesday afternoon.

I am no attention seeker - Hajia4real

Itâ€™s a baby girl for Kwaw and wife, Pokua

Rapper and Abodam lord, Kwaw Kese and wife, Nana Pokua Botwe have welcome a new addition to the family expressing their joy on their Instagram media accounts.

Kim Kardashian West was robbed at gunpoint at a luxury residence in Paris by at least two men dressed as police officers, her publicist and police say.

Ghanaman, David Dontoh stamped his authority on it with his casual questioning style and mocking of candidates all in good humour but the veteran actor is no more on the â€˜Agoroâ€™ ship.

//Thanks folks. We just won the best African Act Awards at this yearâ€™s IRAWMA 2016.God bless you allâ€¦//

WAMVA 2016: Stonebwoy, Sarkodie, Shatta Wale, others up for awards

Nominees for the 2016 Watsup TV Music Video Awards (WAMVA) have officially been announced.

Writers and Poets to be honoured on October 25 by GWA

Judges on the panel for Ghana Writers Awards (GWA) have released the shortlist for the 2016 edition of the awards.

Bryan Okwara, fast-rising Nigerian actor and Ambassador for Martini-Nigeria, joined his compatriots and Ghanaians to celebrate the Nigeriaâ€™s Independence Day on Saturday at Ghana-Lagos carnival held in Accra.

A leading Nigerian actress has been banned from the Hausa-language film industry because of her "immoral" behaviour, the main industry body says.

Students of the University of Professional Studies (UPSA) are excitedly and anxiously awaiting the biggest entertainment activation to happen in their school this semester as Ghanaâ€™s leading urban radio station, YFM storms the Madina-based school on Saturday with the famous â€˜YFM Campus Invasionâ€™ and is specially meant to be an â€˜akwaabaâ€™ event for all freshmen and women as well as all continuing students of UPSA.

It's just about ten days after the wife, actress Doris KyeiÂ Baffour of Hiplife act, Kwaw Kese popularly known as "Abodam" gave birth to a baby girl and he is celebrating again.

Shatta is my boy, I like him so much - Kojo Antwi

WATCH: Chinese boss orders female workers to kiss him every morning before work

A video of a boss of a company selling home brewery equipment in Tongzhou District, Beijing, China, who reportedly forces his 'female' staff to kiss him before resuming for work every morning has gone viral on social media.

Despite Group of Companies Don, Osei Kwame Despite can rest easy to enjoy from his toils as his son, Kennedy Osei is settling in at the Ship House as General Manager.

Actress Vicky Zugah who married on the low pregnant

The craze of popular people desiring to hide their private affairs from the public glare is very much alive with actress Vicky Zugah the latest to reveal she is indeed married to Adrian Bolt Lewis who was the Sierra Leonean representative for Big Brother Africa â€“ The Chase in 2013.

YFM Ghanaâ€™s latest reality show dubbed â€œThe Oneâ€ kicked off in Kumasi with hundreds of hopefuls turning up at the Plush Lounge at the Jubilee Mall of the Kwame Nkrumah University of Science and Technology. The show, which is designed to turn the winner into an instant celebrity, will start airing daily on YFM. E.TV Ghana will also be broadcasting the Kumasi auditions this Saturday at 7pm. 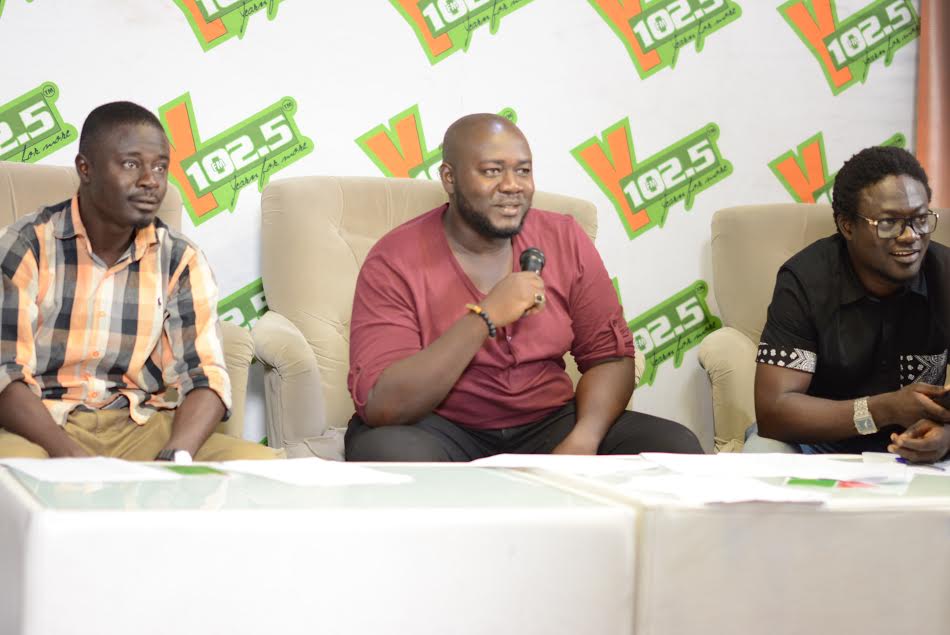 Competition for the next phase of the show was not a mere walkover as judges, YFM Kumasiâ€™s Kwame Legend and DJ Slim as well as YFM Accraâ€™s Nana Kwame Osei Sarpong (Soul Man, also known as Nokus) were tough to please. Some received the instant NO in the form of a red card but the ones that put smiles on the judges faces received green cards.

â€œIt was fun and a lot of excitement watching these young men and women show us what they have and want to do with it; most of them realise that being a radio presenter isnâ€™t as easy as it may seem. End of the day though, we got some very talented folks in Oseikrom and we can only imagine that the next stage will be super excited especially as the numbers in Accra especially are very highâ€, Nokus said.

During the finals, there will be a surprise challenge that will test the mettle of the three. Â