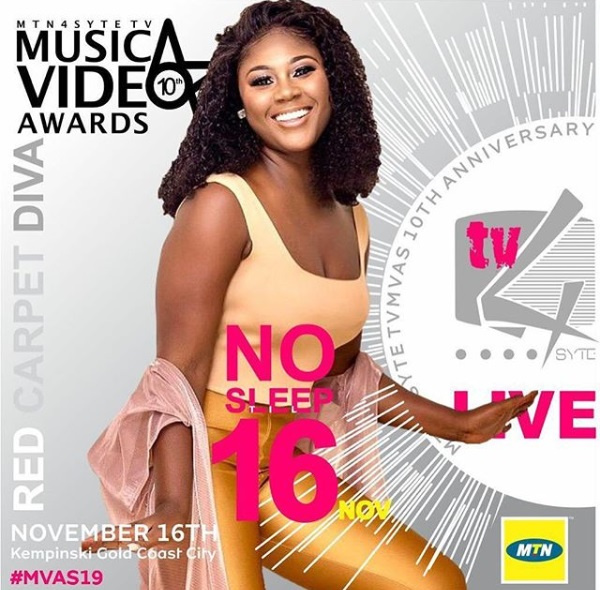 Since it’s inception, the 4syte Music Video Awards has championed the cause of excellence, originality and purposeful visual illustrations of music Ghana.

Music videos critics have stated that the 4syte Music Video Awards has not just motivated music producers to rise to global standards but also to challenge them to producing original and proudly owned Ghanaian visual works worthy of a world-class audience.

The announcement of the venue for the 4syte Music Video Awards 2019, Kempinski Hotel, sends a message of the readiness and financial strength of the organizers of the event to make this year’s edition a memorable one.

READ ALSO: I retract all the defamatory statements I made against you - Ms Forson to Bullet

As usual, top Ghanaian celebrities have been advertised to participate in various roles at the event. This will reinforce the glamour factor that the event has always possessed right from its inception. But, the question remains how relevant is the 4syte Music Video Awards to National progress?

Behind the glamour, the 4syte Music Video Awards has brought into light Ghanaian ingenuity and projected relevant contributions to the growth of the entertainment industry in Ghana. At the maiden edition, the founder of Hiplife music ‘Reggie Rockstone’ received a lifetime Achievement Award and a standing ovation from the audience among heavy media presence and fireworks. It was the first time Reggie Rockstar had received such an honor on home soil and it was an emotional moment for him.

Another name that had given so much to the projection of talents in Ghana such as Tinny, Mensa, and even Reggie Rockstone, and therefore could not be forgotten, Abraham Ohene Dean of OM Studios, was also presented with a Lifetime Achievement Award for his works.

These presentations sent a signal to young music video producers in Ghana and musicians that the world is now watching what we are producing and therefore, it is time to step up to global and professional standards.

Some may ask how important music videos are to a nation? But, with the invention of social media and online platforms like YouTube, selling the image of a country to encourage tourism has become easy. The scenery and culture displayed in these music videos through things like fashion, nightlife, and so on, are enticing enough to grow a desired perception of a country in the viewer’s mind which may lead to behavior influence. Remember, the online platforms ‘do not sleep’ and offer easy accessibility to almost everyone around the globe.

READ ALSO: Video: My girlfriend left me because of too much 'gari soakings' - Quamina MP

In conclusion, the 4syte Music Video awards is one of the few events in Ghana that are significantly contributing to the development of the entertainment industry and the projection of an acceptable image of Ghana on other international media platforms.