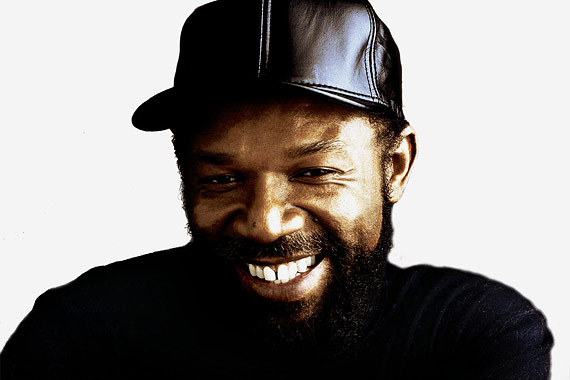 Born Beresford Hammond in St. Mary, Jamaica in 1955. Hammond started out in 1970 with famed singer-producer Clancy Eccles with a song called 'The Wanderer'.

After singing in night clubs and theaters, he was then soon noticed by Dwight Pickney of the Zap Pow band in around 1973 to join the up with the band. Soon the group now being lead by Hammond scored a national #1 with 'This Is Reggae Music' in the same year.

After leading the group for 5 years, Hammond left for a solo career - and hence Joe Gibbs. In 1978 he recorded the timeless classic 'One Step Ahead' and it was #1 for a few months, and it would stay on the Jamaican charts for 2 years.
After a few years without any hits Hammond made what would turn out to be a major move when he teamed up with producer and musician Willie Lindo and scored with 'One Dance Will Do' in 1985, and 'Groovy Little Thing' the next year. The hits would continue throughout the remainer of the eighties and into the next to decades. By this time, he had signed up with Donavan Germain at Penthouse Records.

His hits between for Penthouse reads like: 'Tempted To Touch' 1991, 'Falling In Love Again', and 'Live On' both from the next year. The latter, being a collaboration with Marcia Griffiths.

Few singers conveys such emotion and passion jointly with the sensitivities, in their singing like Beres.

Hammond has duetted and collaborated with many of Reggae's leading acts - and too, with leading acts from R&B, Soul, Pop and various others.

Still going strong at over 60 and shows no signs of slowing down - dispite rumours of ill health.

He remains one of Reggae music's most loved and respected key figures.