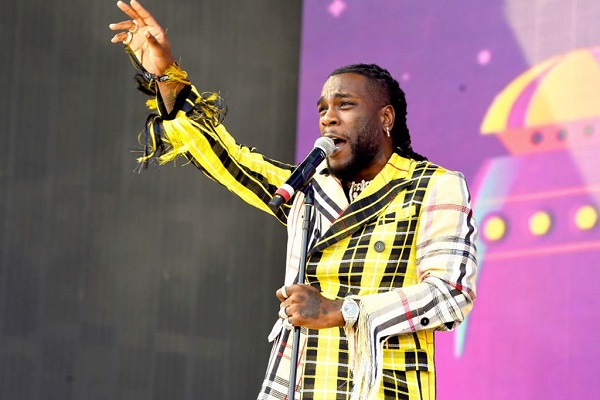 The easiest way to talk about music is to not talk about music at all. Those mysterious fluctuations of air will forever resist description — so instead, we tend to chat about who made the music, whom they made it for, whom it’s being marketed to and how.

Best-case scenario, all of this extramusical talk pushes us right up to the unspeakable sensation of how the mystery actually feels.

Burna Boy seemed to have everyone talking this summer. Surfing waves of hype that felt thick with context and backstory, the 28-year-old Nigerian pop phenom’s newest album, “African Giant,” has sparked smart conversations about how today’s globalized popscape is beginning to obsolesce the idea of a foreign star “crossing over” to American audiences.

Before the July splashdown of “African Giant,” Burna had already performed at Coachella, won a trophy at June’s BET Awards and landed a spot on Beyoncé’s recent promotional album for “The Lion King.” There’s no crossing over when the world is already listening.

Burna has been listening, too. He says he grew up on the songs of American rap star DMX, Jamaican dancehall titan Buju Banton and Nigerian icon Fela Kuti, the Afrobeat pioneer whom Burna’s grandfather once managed. “Everyone’s got their hero,” Burna recently told the Associated Press. “For me, that’s my hero.”

Like Kuti’s, Burna’s music feels both expansive and streamlined, worldly in its ambition yet firmly rooted in the soil from which it sprung. On “African Giant,” Burna addresses everything from the enduring legacy of British imperialism to the endless pursuit of unconditional love, singing in English and Yoruba over an assortment of cross-pollinated rhythms that resemble Afrobeat, R&B, dancehall reggae and more.

All of this might help to explain where Burna is coming from — aesthetically, geographically, spiritually, romantically — but it still doesn’t tell us much about where his voice is offering to take us.

And that’s the big question mark gently pulsing at the centre of “African Giant.” How can a voice so dank and deep still feel like it’s breezing over our pretty little heads? Despite the heft of his timbre, Burna’s phrasing always feels fleet, creating a sound that’s incredibly dense and impossibly dainty. He sings like a Maytag refrigerator doing triple salchows.

At least Burna understands the enigma inside his throat, and he uses it to give his heaviest lyrics a sense of levity and optimism. “Another Story” opens with a monologue that traces Nigeria’s independence in 1960 back to a transaction between the British government and the Royal Niger Co., the mercantile company that would eventually be absorbed by Unilever.

The trick works in reverse, too. “On the Low” moves at a similar feel and tempo to “Another Story,” but this time, Burna is crooning about a secret affair that he hopes to turn into a lifelong commitment. “I’m tryna put the ring on your finger,” he flirts, the weight of his voice tethering his sweet nothings to the ground.
It’s impossible to tell which way this planet’s gravity is pulling during the most potent moment on “African Giant.” It comes during “Killin Dem,” a duet with Nigerian rapper Zlatan. The percussion clatters. A synthesizer oozes like a wound. The mood is menace and the talk is tough. But between the verse and the chorus, Burna generates a groan so sodden and slippery with a beautiful melody, it’s impossible to describe what’s truly being expressed.

If your mouth fails you in this divine moment, your body won’t. The easiest way to understand a sound this astonishing is to stop talking and start dancing.

Burna Boy performs at the Fillmore Silver Spring on Sept. 15 and 16.