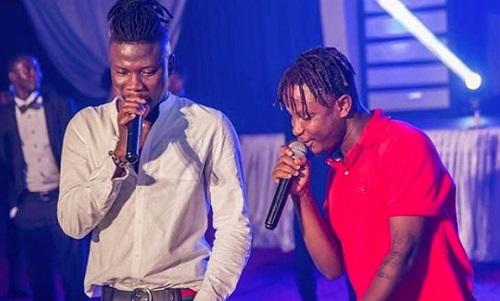 Burniton Music Group has reacted to allegations that Stonebwoy is behind the attack on Kelvynboy at Ashaiman.

The violence occurred when thugs stormed and attacked Kelvynboy at an Electroland Ghana Limited shop opening in Ashaiman for reasons yet to be discovered.

According to reports, one man behind the attack is allegedly Stonebwoy’s former bodyguard. Tweets by Kelvynboy after the incident led some social media users to assume Stonebwoy had a hand in the attack.

READ ALSO : Video: You think Ashaiman is for you? - Kelvyn Boy quizzes after being attacked by Stonebwoy's former bodyguard

Addressing these allegations through a statement released by the Burniton Music Group Limited, Stonebwoy denied any involvement in the attack and revealed that none of the individuals who are alleged to have been involved in the attack are or were ever employed by him.

The statement further revealed that the record label is taking the necessary legal steps to vindicate Stonebwoy and his brand from the accusations. 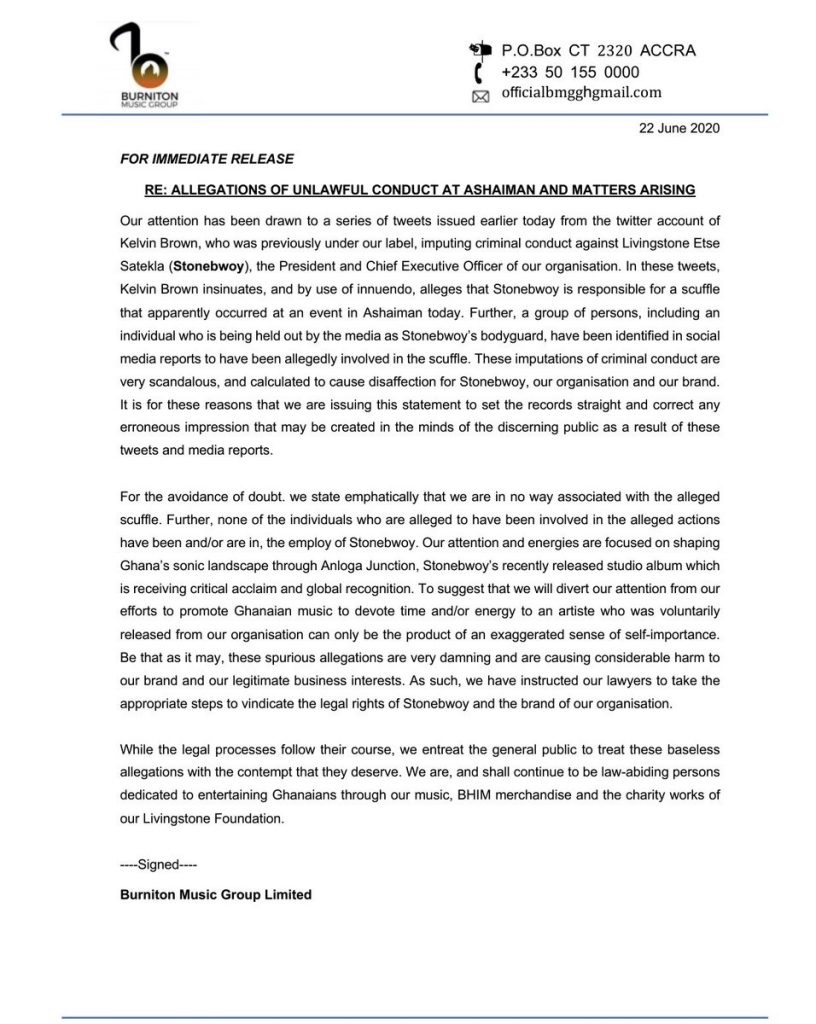