Chioma B or Cadijat?, Cardi B asks fans to choose as she files for Nigerian citizenship 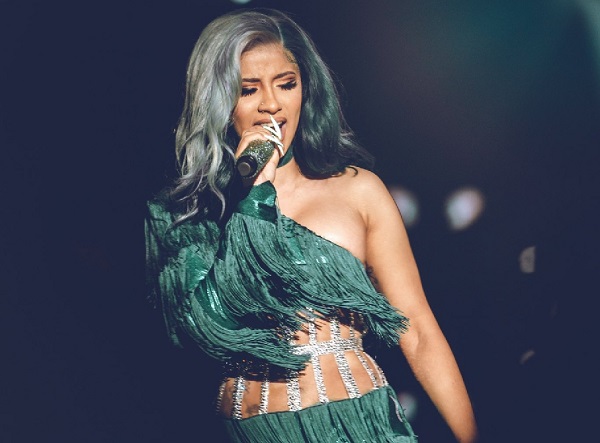 The US rapper Cardi B has asked her fans on Twitter to choose her new Nigerian name several days after saying she was filing for Nigerian citizenship.

In her post, which has already been retweeted more than 10,000 times, she gave them two options: Chioma B or Cadijat.

The Nigerian newspaper The Premium Times reports that she was given the Nigerian name Chioma B during her first visit to Nigeria in December 2019, while Cadijat is the name being suggested by her Nigerian Muslim fans.

READ ALSO: Video: Who sent you?, Akrobeto trolls celebrities who were snubbed by Cardi B

On 3 January the rapper tweeted that she wanted Nigerian citizenship after US President Donald Trump ordered the assassination of Iranian commander Qasem Soleimani.

President Trump said Soleimani, who was killed in a US drone strike in Baghdad on Friday, was plotting "imminent" attacks on US.

The rapper said it was the "dumbest move" Mr Trump had ever made.