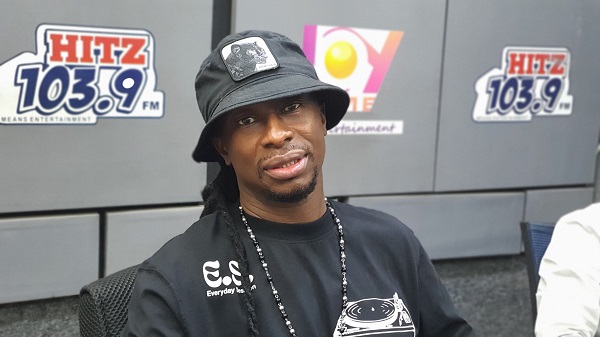 Ghanaian highlife musician Kwasi Poku Addae, aka Kwaisey Pee, has added his voice to the widespread rejection of the E-Levy.

The musician in an interview on Hitz FM monitored by Prime News stated that the Electronic Levy to be charged on some mobile money and bank transactions is not necessary at this time in the life of Ghanaians.

Kwaisey Pee believes that there are other means of taxation that can be used to fund the money needed for the country’s development but not the E-levy.

“There’s a lot we can do to get all these taxes back without bringing this E-levy kind of noise in the system. I think the e-levy should be scrapped, it doesn’t make sense,” Kwaisey Pee said.

Many hold the notion that the E-levy will collapse businesses because of the charges it will impose on electronic transactions since the government is poised on passing it.

Kwaw Kese, Shatta Wale, Yvonne Nelson, and Efia Odo are among many celebrities who have also expressed open opposition to the E-Levy.

Kwaw Kese in an interview with TV3 said that he believes the government has a different agenda for pushing it and that the E-Levy is not necessary.

“I don’t think it’s necessary. Nobody has to pay e-levy. It is not done anywhere. It doesn’t make sense. Our leaders are desperately trying to push it on us. Then it means something is wrong somewhere,” Kwaw Kese said.

In the same plight, Yvonne Nelson also wrote on Twitter that "believing in this government is like believing it will snow in Ghana”.

Socialite Efia Odo also voiced out on Twitter with the words: “4 more just to do more damage, smh”.

Shatta Wale has also spoken against the E-levy. In a video, the musician asked the government to listen to the cry of its people and not do as it solely wished.

Although the masses are speaking against it, the government has stated that the E-levy is the surest way to save the economy of Ghana from collapsing.

President Nana Akuffo-Addo has said the country cannot depend on foreign aid forever and E-levy is the policy that will ensure the country’s economic freedom.