Ghana Dance Ensemble to participate in the 2022 Global Arts Festival 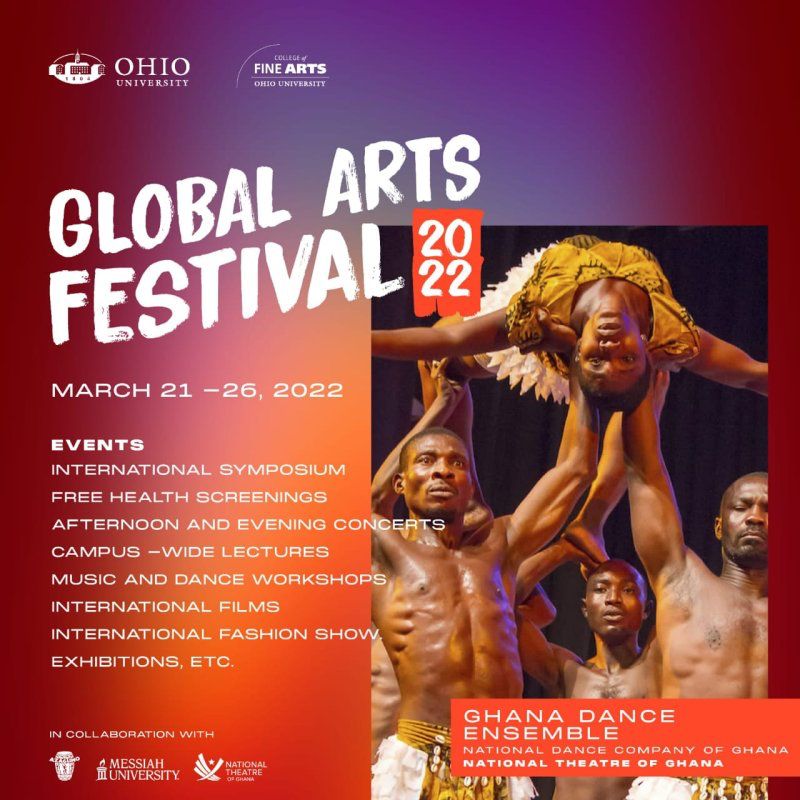 Ghana Dance Ensemble under the National Dance Company of Ghana will perform at the 2022 Global Arts Festival to be staged at the Ohio University, USA.

The festival slated from March 21-29, 2022 would witness a series of workshops, multiple musics, and dance performances, an international fashion show as well as the 10th World Music and Dance concert with numerous countries expected to participate.

Ghana's National Dance Company has been selected to partake in the festival with a 10-man contingent set to depart for the mega music and dance festival.

Speaking in an interview with GNA Entertainment, Madam Stephany Ursula Yamoah, Acting Director of National Dance Company said that partaking in the festival would help them showcase the different variety of our dance culture to the rest of the world in their quest to boost tourism in Ghana.

"We want to capitalize on this opportunity to lift the flag of Ghana high through our music and dance as we partake in this festival. We would share and showcase our culture with the world about our different forms of dance across the country.

She further enumerated the need for the government to support efforts to sustain our music and dance heritage because it was one major factor that attracts tourists to Ghana.

“For me, I think we are gradually losing our cultural heritage, especially with the western infiltration into our culture. The government has to step up efforts in preserving our music and dance cultural heritage so that it can be sustained in generations to come,” she said.

The upcoming Global Arts Festival would witness renowned Ghanaian Broadcaster Mr. Ben Dotsei Malor being the Guest of Honour during the Health and Education Symposium which would take place on March 24 at Templeton-Blackburn Alumni Memorial Auditorium, Ohio University.

The former Presidential Spokesperson and Director of Communications for former Ghanaian President John Mahama would be delivering a keynote address about "The Role of Academic Institutions in Promoting United Nations SDGs."

The National Dance Company of Ghana since the 1960s has attended numerous festivals across the globe in its efforts to showcase our heritage to the world.