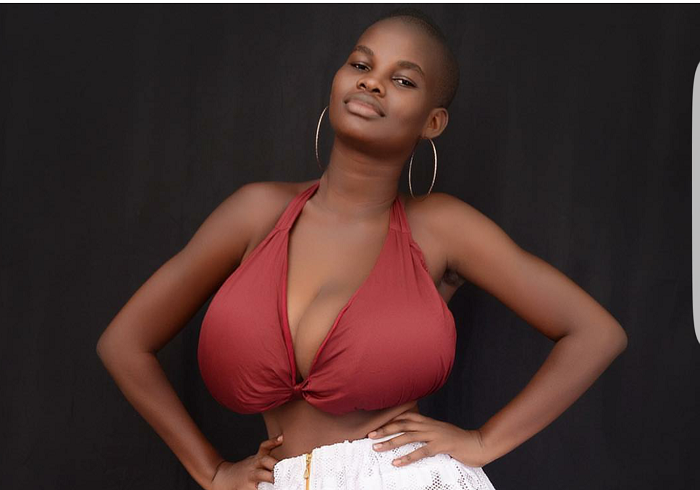 Busty model Pamela Odame has opened up on her love and sex life on the Delay Show including having sex with one of the seven musicians she starred in their music videos.

The 23-year-old although denied having had sexual relations with any of the artistes but conceded after the host, Deloris Frimpong Manso (Delay) suggested to her she knew two of the musicians she slept with.

Watara mentioned that she had featured in music videos of “Captain Planet, Joey B, Sarkodie, Coded and other three musicians who are not big.”

“Out of these seven musicians, how many did you have sex with?” Delay asked while looking at Watara right in the eye.

The model smiled, giggled and answered “none of them” but backtracked after Delay pushed her.

Be romantic when squeezing a lady's breast - Pamela Odame advises

MP's and footballers offer me $1,000 to have a feel of my boobs - Pamela Odame

VIDEO: Pamela Odame exposed for claiming to be a student of Wisconsin University

Asked if the said musician is married and indeed if she knew about his marital status, Pamela responded, “I didn’t really know.”

According to her, she dated the musician in question for two months after they shot the video.

“He didn’t promise me love. He was calling to check up on me and sometimes, I could tell him I was broke. He could come pick me up for outing, send me back home and give me some money,” she disclosed.