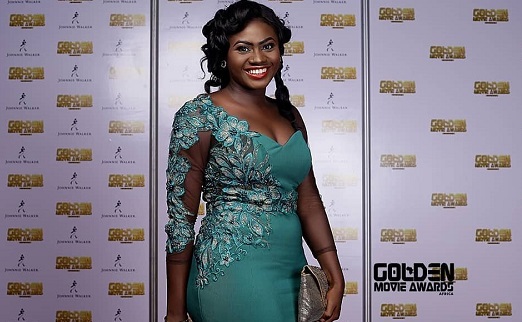 Actress Martha Ankomah has rubbished claims that she was no longer in the business of acting.

Speaking in an interview on Rainbow Radio, the actress said she is still in the business and her current movies and works are on DSTV and Iroko TV.

According to her, she is now selective of the movies she does because she does not want to just star in any movie but movies with good stories.

READ ALSO: Social media can make you feel that you are lagging behind – Martha Ankomah

Martha Ankomah said it is not necessarily about the role but she wants movies with good storylines and moral values.

The decent dressing actress noted she took the decision five years ago and it got to a time, she was rejecting scripts because the scripts did not meet her standard.

“I just don’t want my face to be everywhere. I want to do something beneficial to the people that I am impacting,’’ she added.

When asked if she felt she was joking in the early days of career she said, "I wouldn’t say I was joking because it was a good beginning by the grace of God.

“With time, when you are growing in the industry, you want to do something different, you do not want to do the normal things you used to do in the past."

She hinted of her desire to shoot in Hollywood hence her decision to build a brand that could get the opportunity to work in Hollywood considering the experience she has gathered working in Ghana, South Africa and Nigeria.

"I would want to take what I am doing to a different level. I want to grow and move ahead," she said.

Martha Ankomah said the experience outside Ghana shows the professionalism in what they do is far ahead of what we see here.