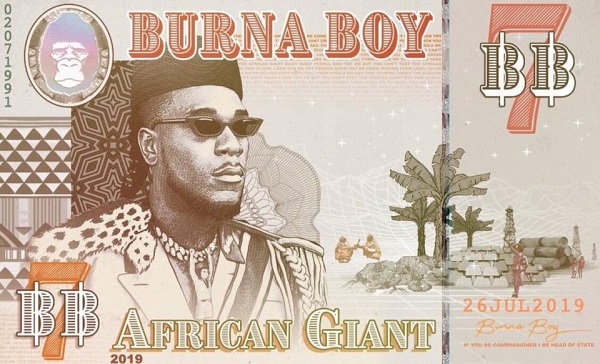 Nigerian Afrobeats star Burna Boy has got people talking with his new album released on Friday.

African Giant, along with previously released singles Dangote, On the Low, Gbona and Anybody, also has new songs including Gum Body, Secret, African Giant and Different - which features Damian Marley and Angelique Kidjo. 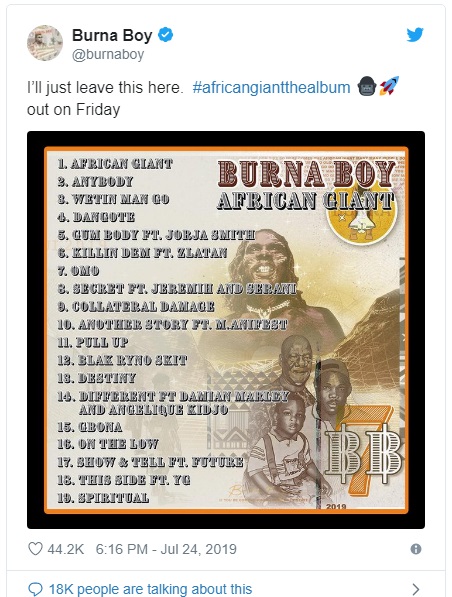 Fans of the musician, whose global status was highlighted after being featured on Beyonce's recently released album The Lion King: The Gift, took to Twitter to praise his latest work. 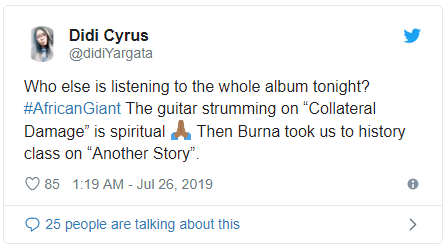 Any song that has Burna Boy, Damian Marley and Angelique Kidjo is sure to produce fireworks, as this fan saw in Different: 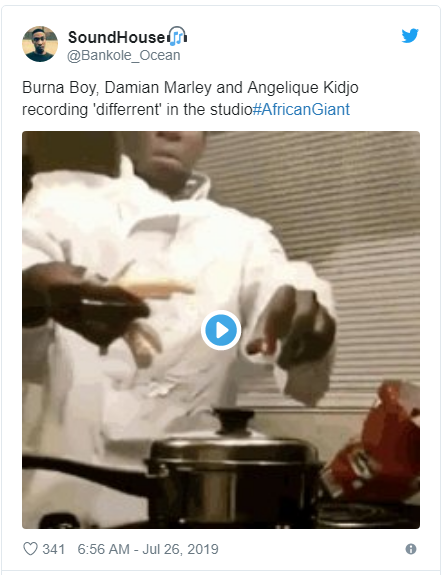 Dangote, which was released earlier, is about Africa's richest man - Aliko Dangote.

It's a song about the Nigerian spirit of hustling.

Dangote is still looking for money

That shouldn't look for money