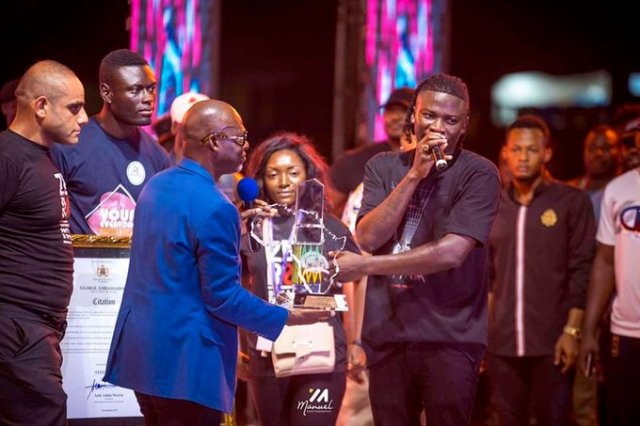 Livingstone Etse Satekla, known in the music circles as Stonebwoy, has received a Millennium Excellence Awards after his performance at the Zero Borla Fashion and Music Concert at the Accra Sports Stadium over the weekend.

Ambassador Ashim Morton, Director of WASH Africa, conferred on Stonebwoy the Global Ambassador to promote the ban of single-use plastic and polythene waste in Ghana.

Top models and fashion designers graced the night with wild and flamboyant outfits made from plastic and polythene.