Stonebwoy shares opinion on how MUSIGA can succeed 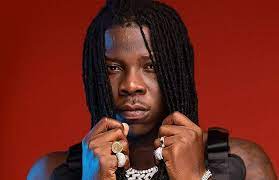 Stonebwoy shares opinion on how MUSIGA can succeed
Shares

Ghanaian dancehall artiste Livingstone Etse Satekla, aka Stonebwoy, has shared his opinion on what he believes will benefit the music industry in Ghana and help it grow.

In a post on Twitter Stonebwoy -- in response to the general secretary of MUSIGA, Deborah Freeman, whose attempts to help grow MUSIGA have failed with all her trials -- he mentioned that the Musicians Union of Ghana can only survive when it’s managed by a private body.

He went on to say that, the government could work together with the private entities to make ends meet.

“Musician Association of Ghana, I think a private entity should take over the affairs and let's run it in collaboration with government,” Stonebwoy expressed his opinion.

The Musicians Union of Ghana (MUSIGA) is an umbrella group that unites all musicians in Ghana irrespective of the music genre.

In 2019, the union was dragged to court by Ras Caleb Appiah-Levi who served as the Accra Regional Chairman of MUSIGA, alleged some irregularities concerning the election process. An Accra High Court placed an interim injunction on the national elections by the union

MUSIGA after several years of battling with court injunctions and orders was given the go-ahead to elect a new president to replace former President Bice Osei Kuffour popularly known as Obour with new executives on January 12, 2022.

The elections were later postponed indefinitely by the National Elections Committee (NEC) of the Union. The postponement of the election was to enable the Union to put in place adequate measures to ensure free, fair, and transparent elections.

It was later announced by the Union that Wednesday, February 23, 2022, was the new date for the elections.