The blogging journey of Cypress shared 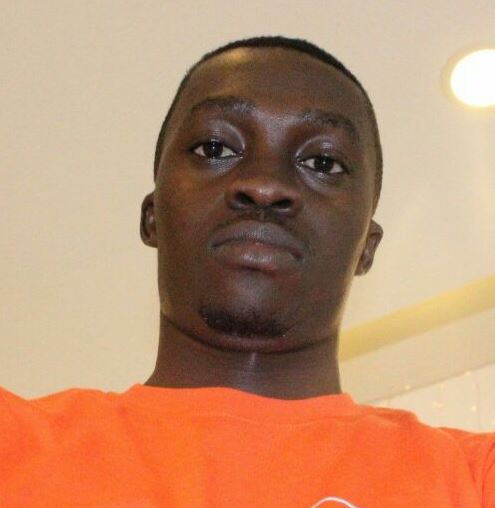 The question is often asked who tells the tale of the story teller. In this piece however the tale of Cypress shall told by Michael Eli Dokosi.

Meeting Cypress real name Christopher Sowah for the first time, there wouldn’t be any inclination this chap is any different from the bloke on the next block but any such supposition would be terribly wrong for in this 20 something youth brews great ideas.

Not content with his current blog, Christopher disclosed he is working with his team to outdoor cypressghana.com an online platform with video streaming and online radio offerings.

Ever the lover of the arts, Cypress recounted how even in Junior High School through to Senior High School he adored celebrities and craved to meet them detailing how at age 14 he began writing pieces and even managed a music duo named Twins but quickly realized managing went beyond talking but required developing links and raising funds to push for visibility.

The SAMMO Senior High School alumnus asserts “In school my life was all about entertainment, skipping school from Cape Coast and sneaking to Accra for shows etc. Luckily I had the chance to meet Jon Germain back in the day and that was some experience I have always cherished.”

According to Chris, cypressgh.blogstop.com came to being around 2009 adding: “the hustle is real, those were the days you had to go to a café and pay 1 cedis to browse, the session will expire and you have to now beg the in-charge for extra time. Those were the days because of lack of funds I could go a day without making any posts and when dad also died in 2009 the situation became dire.

“Thankfully through social media I started communication with the boss Ameyaw Debrah before even meeting him in person. He has been a source of great learning as has been George Britton, Nii Atakora Mensah, nanayaw18.com and others.”

Every blogger’s dream is to gain the recognition and then make decent money but the challenge can be tough indeed. “Times have always been tough. The recognition although some say it’s in with where I want to get to the recognition is not fully in yet. I worked with Bulldog of Bullhaus Entertainment to advance my fortunes but it wasn’t easy. Bulldog does not have time for himself much more anyone so it didn’t go as envisioned. I still have to provide free service for people with an eye on future openings, do favour for favour services and push for gigs to also make some dough. However I reckon recognition from fellow bloggers is there now” Cypress noted.

Assigned as the social media person for the Excellence in Broadcasting Network, I asked the man who describes himself as quiet, soft and loves to be in his space how things are different now that he is in someone’s employment aside handling his own project.

“cypressgh.blogspot.com is my business so I can sleep and wake up to do stuff but EIB is someone’s business and I have to offer updates 24/7 or risk receiving a caution” Mr. Sowah posited.

Through the course of his work Cypress has interviewed Dru Hill a.k.a Sisqo, Tuface, Sheyi Shay, Wizkid among others. His one regret is not having enough funds to have bought a video camera to record those interviews curiously however Cypress contends none of his interviews have as yet intrigued him.

Pressed if there was a damsel catering to his manly needs, the IPMC graduate submitted: “there’s a girl I admire but it’s up to her to confirm her feelings for me.”

Emerging as the bread winner for the family on his mother’s side involving 3 sisters and a bother, Cypress born in Ghana but raised in Liberia and Virginia in the U.S because of the required services of his charted accountant dad, relishes the chance to relocate to the U.S stressing “why not, I would love to return to Virginia. Without a doubt with access to gadgets and infrastructure, my dream to own a credible video streaming platform and online radio would be fasttracked.”

Born to a Ga father and a Fante mother, Cypress says he can’t speak the Fante language but comprehends the Ga language although he is not fluid with the speaking.

“The name cypress means a lot to me, I chose it because of the evergreen leaves of the cypress tree denoting longevity of my brand. To think that bosses, my mum and family all call me Cypress shows my work is being appreciated. They even forget I am Christopher” the boss of the cypress blog declared.

It is no secret that corporate Ghana lacks an understanding of the role of bloggers in enhancing their image, reaching publics and giving products and services mileage hence their reluctance to duly pay decent sums to bloggers for work done.

Cypress makes the case crisply: “Ghanaian companies display unwillingness to advertise on Ghanaian blogs, seek freebies or deliberately slash amounts even agreed upon. The disregard is unacceptable so for me when the time for a campaign expires I quickly take down the ad. Its time Ghanaians generally appreciate the work of bloggers that it takes sleepless nights to generate good pieces, slave to buy expensive data to stay online among others.

“Corporations must pay bloggers well so we can offer better content. I hear in Kenya and Nigeria, they treat their bloggers better. Currently I am in talks with a few companies as well as the Ghana meet Naija organizers and the Vodafone Ghana Music Awards guys.”

According to Cypress, the EIB network experience has been good and on his boss Bola Ray had this to say: “Mehn Bola is a man with a vison. If you tap into his vison you can have a bright future. I see him as my dad. He is frank about what he sees and encourages others to be the best they can be. Anywhere Bola will go I shall follow him because I know what he can do.”

He adds that through Bola he has had the opportunity to be in Nigeria and Kenya and is hopeful soon South Africa will follow adding his site is doing well with top traffic coming from the U.S, U.K and Ghana with keen following in diverse places like Dubai, Pakistan and Norway.

The man who loves to commune with the Supreme Divine privately but occasional passes through the Christ the King Anglican church to worship says he hopes to own a mansion, set up his foundation to assist others and generally live a comfortable life after toiling to sow.