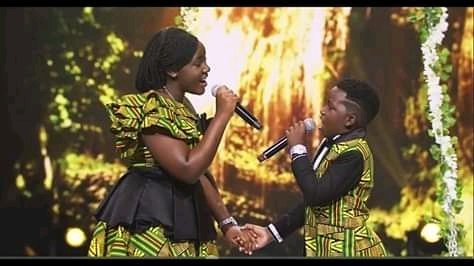 Ugandan siblings Esther and Ezekiel Mutesasira have been crowned the winners of the first edition of East Africa's Got Talent in a contest that drew participation from four regional countries.

Esther and Ezekiel's rendition of Whitney Houston and Mariah Carey's 'when you believe', won over judges and tweeters who commended them using the hashtag #EAGTFinale.

Ugandan President Yoweri Museveni sent his congratulation to the duo in a tweet soon after they were announced winners.

The competition is part of the Got Talent franchise owned by English entertainment mogul Simon Cowell. It drew participation from Rwanda, Uganda, Tanzania and hosts Kenya.

The show became the topic of a heated debate in August after the Burundi government accused a group of Burundian refugees of illegally playing the country’s famous traditional drums on the show.

The law in Burundi prohibits people from playing the national drums without the government's authorisation.

Burundi’s ritual royal drum playing was recognised as a protected cultural activity by Unesco in 2014.

The drummers who took part in the talent show had sought refuge in neighboring Rwanda, a regional nemesis of Burundi.