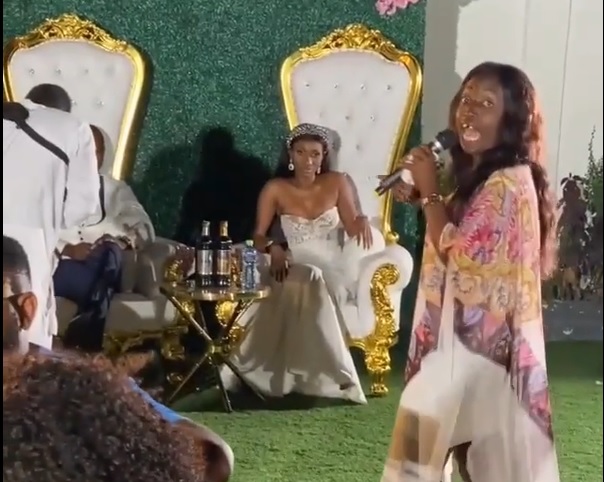 A video circulating on social media suggests that musician Wendy Shay has tied the knot.

It is unclear if this is another video shoot for her yet to be released song next week or an actual wedding.

Primenews has contacted RuffTown Records for clarity but the have decided not to comment on the issue for now.

The 'Bedroom Commando' hitmaker is a trained Nurse by profession, worked as a Midwife in the clinical field. She was practicing midwifery in Germany until she relocated to Ghana to pursue her music career.

She was introduced to music by Rufftown Records Manager Bullet and signed in 2018 after the untimely death of label mate Ebony Reigns. On 1 June 2018, Wendy Shay released her debut single "Uber Driver", produced by MOG Beatz. The song was released together with the official video the same day.