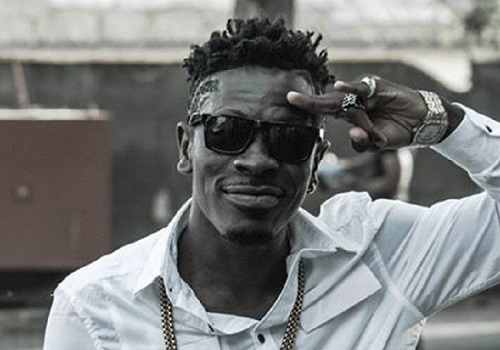 Dancehall artiste Shatta Wale is calling on other musicians in the country to come together and protest the ban placed on them by the Food and Drugs Authority (FDA) and the Gaming Commission of Ghana to advertise for alcoholic beverages.

According to him, his colleagues in the creative art industry should come together to compel regulators to scrap the laws, banning them from advertising for betting companies and alcoholic beverages because they would lose a lot should they keep mute.

“Those in the creative act industry should wake and stand against the ban of advertising for alcoholic drinks and sports betting. This is very sad but it will not affect me but rather other people in the industry,” Shatta Wale said in a live Facebook video.

“Actors, actress and anybody in the creative arts industry will lose a lot if this ban is not lifted. Ghanaian celebrities should wake up and talk against some laws of the FDA and the Gaming Commission.”

“We as a nation should change the way we do our things sometime, because it is not everything that will help us as we are going forward as individuals.”

In 2015, the Food and Drugs Authority (FDA) banned celebrities from advertising alcoholic beverages.

READ ALSO: We are only protecting young people who idolise you from abuse of alcohol - FDA to Wendy Shay

The FDA said at the time that the ban was not only in adherence to a World Health Organisation policy but was part of efforts to protect children and prevent them from being lured into alcoholism.

The FDA subsequently in 2018 announced that the advertisement of alcoholic products TV and Radio must be limited to after 20:00GMT.

According to the Public Relations Officer (PRO) of the FDA, James Lartey, this move became necessary because the number of alcohol ads aired in the day was too many and not a good thing for minors to get exposed to.

He said, flouting this directive attracts 15 years term in prison and fine of about 7,500 cedis.