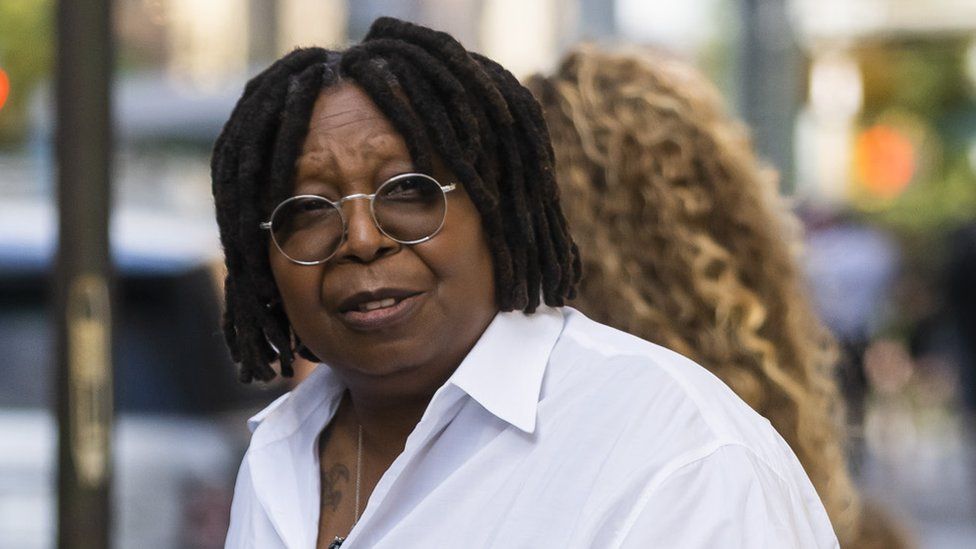 Whoopi Goldberg has been suspended from a US talk show after saying the Holocaust involved "two groups of white people".

ABC News said Goldberg would be off-air for two weeks after her "wrong and hurtful comments".

The actress and TV personality said on ABC's The View that the Nazi genocide of the Jews was "not about race".

She apologised but then caused further offence while attempting to explain her remarks on a late-night show.

In a note to staff on Tuesday night, ABC News president Kim Godwin wrote: "Effective immediately, I am suspending Whoopi Goldberg for two weeks for her wrong and hurtful comments.

"While Whoopi has apologized, I've asked her to take time to reflect and learn about the impact of her comments.

"The entire ABC News organization stands in solidarity with our Jewish colleagues, friends, family and communities."

"These decisions are never easy, but necessary," she added in the memo, reported the Hollywood Reporter.

"Just last week I noted that the culture at ABC News is one that is driven, kind, inclusive, respectful, and transparent. Whoopi's comments do not align with those values."

"Yesterday on the show I misspoke," she said to open the talk show.

"[The Holocaust] is indeed about race, because Hitler and the Nazis considered the Jews to be an inferior race.

"Now, words matter, and mine are no exception. I regret my comments and I stand corrected. I also stand with the Jewish people."

The 66-year-old Oscar-winning actress, who has been on The View since 2007, first made the controversial comments on Monday's show while discussing a Tennessee school board's banning of a graphic novel about the Holocaust on the grounds that it showed nudity, profanity and suicide.

Amid the uproar, she released an apology hours later.

But on CBS' The Late Show with Stephen Colbert on Monday night, while attempting to clarify her comments, she said the Nazis had lied and actually had issues with ethnicity not race, which caused further offence.

It is not the first time Goldberg has caused controversy.

She said in 2009 that film director Roman Polanksi - who pleaded guilty to "unlawful sex with a minor" in 1977 - was not guilty of "rape-rape".

She also defended Bill Cosby as he faced sexual assault allegations, before reversing course amid a backlash.