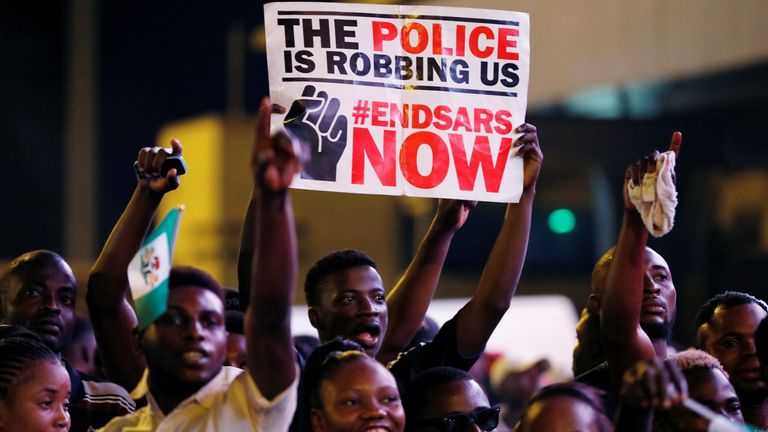 The repercussion of a Police – Government relation, Police independence as the principal law enforcement organization and it's over-reliance on the political actors has become the foundation for a corrupt police force.

The Special Anti- Robbery Squad was set up in 1992 as a way to push- back a rise in violent crime. But over the years, the unit has been accused of becoming the very groups it was meant to stop.

SARS has long been on the radar of civilians and NGO’s across the region for its mistreatment of the very people its meant to be protecting.

I do agree with those who say, police – government relations are too complex to be governed exclusively by the constitutional principle of police independence and related concerns about the rule of law. There is a need to recognize that in a democracy, responsible political authorities have legitimate interest in providing directions on policing policies and efficiencies.

However, Political direction to the police should be transparent so as to better promote democratic debate and accountability.

We all know that it would be wrong for a politician to call a judge in an attempt to influence the verdict. But the answers are more complex with respect to politicians calling the police to execute orders. The over interference of political actors in the Police business reduces the integrity of the Police Force. It is surprising and disappointing that no Nigerian Police Act has been amended to reflect this principle.

In some cases, politicians who have responsibility for provincial police services have contacted the police to obtain information and eventually giving orders on policing principles. Indeed, elected officials should be encouraged to take policing policy, albeit in a manner that is a transparent as possible and that promotes democratic accountability for the perhaps controversial directives that governments give to the police.

The time has come for the Police to be given the power to elect their leader especially the Inspector General of Police through election by the high-ranking members of the Police service.

This will make them elect a leader who will not hold allegiance to any President that comes to power.

It is in the greater good of the Nigerian society to empower their police force to be more independent, to protect the citizens instead of comfortably being in the good books of the politician.