A 51-year-old carpenter is wanted by the police for allegedly cutting off son’s fingers at New Adansi Ayaase a suburb of Adansi Fomena in the Ashanti region, adomonline has reported.

Lawyers for SA three to sue BNI for contempt

Lawyers for the three South Africans ex-policemen who were deported on Tuesday say they will file contempt charges against officials of the Bureau of National Investigations (BNI), it has been reported.

Nana Addo: I Never Drove A Mercedes In School

New Patriotic Party (NPP) Flagbearer, Nana Addo Dankwa Akufo-Addo has denied longtime claims that he drove a Mercedes Benz while he studied at the University of Ghana.

Mr Samuel Atta-Akyea, a lawyer for the three retired South African police officers who were deported to South Africa this morning, has described the deportation as “most embarrassing,” to Ghana’s security set up.

The three  South African ex-police officers who were arrested in the Central Region for allegedly engaging in activities with national security implications have reportedly been deported.

Chairman of the National Peace Council (NPC), The Most Reverend Professor Emmanuel Kwaku Asante, has cautioned that current tensions between the opposition New Patriotic Party (NPP) and the Bureau of National Investigations (BNI), if not handled well, may escalate and disturb the peace in the country.

The NPP has within the past week had altercations with the BNI after the Bureau arrested  three ex-cops from South Africa invited by the party to train their security personnel and Captain (rtd) Edmund Koda, head of security for NPP flagbearer, Nana Addo Dankwa Akufo-Addo.

The NPP, after an alleged raiding of Captain (rtd) Koda's Weija residence and the offices of pro-NPP think tank, Danquah Institute, accused the government of hiding behind the national security apparatus to harass them and on Monday, some party youth threatened to hit the streets if Captain (rtd) Koda, who had been reportedly been taken very ill, was not released.

Speaking on the JOYNEWS TV on Monday, Most Rev. Prof. Asante pleaded that "undue politicisation of the event must stop because it is Ghana's interest that is at stake and we need to do all that we can to try as much as possible to address this kind of situation so that it doesn't escalate into something that all of us do not want".

"I can foresee that if we continue to politicise it, parties begin to give press conferences and others react to it and the way we are going about it, if we are not very careful, this will escalate and can create problems for our country", he added.

He noted that all these tensions  very carefulcould have been avoided if the parties involved had trusted each other.

"Why would an opposition party think that we need to train our own security?  This will come about only when they think that they are not going to be given the kind of protection they need or they do not have trust in the existing security organisations", he explained.

He advised government, security institutions and all parties involved to do all they can to ensure there is trust  "because otherwise, we are going to create a situation in our nation which will not augur well for all of us".

"The government should do the best they can to win the trust of the people and the institutions must not do anything to undermine the trust which is already waning and I would also want to appeal to those who because they think that they cannot trust the security system to try as much as possible to cooperate and ensure that they are ready to build the trust that we need for our democracy", he said.

The opposition New Patriotic Party (NPP) says it has asked lawyers for three South Africans being held by Ghana’s Bureau of National Investigations (BNI) for security offence to file contempt charges against the state security body for flouting a bail directive given by the court.

A Police Corporal and two others have been arrested for dealings in fake currencies in Kumasi in the Ashanti region, it has been reported.

I will end Fulani menace - Akufo-Addo

The flagbearer of the opposition New Patriotic Party (NPP), Nana Addo Dankwa Akufo-Addo, says he will end the Fulani menace when he wins power in November 2016.

The Western Regional Police Crime Officer, Superintendent Reuben Asiwoko, and the Chief of Mempeasem in the Central Region, Nana Nyame IV, have been accused of allegedly conniving  to steal a Nissan Murano, citifmonline has reported

According to Ebenezer Arthur, an operator of a car rental business in Takoradi , the Regional Crime Officer, who was mandated to enforce the law, had allegedly collaborated with the chief to defraud him.

The businessman disclosing this at a press conference in Takoradi explained that, the chief of Mempeasem, Nana Nyame IV about three years ago entered into an agreement to buy his Nissan Murano vehicle with registration number WR 390-11 at a cost of GH₵30,000.00  and took possession of the car on September 9, 2013 with a promise to make full payment promptly but the chief later informed him that he wanted to pay for the vehicle with seven plots of land by a roadside at Mempeasem to which he agreed.

But when he [Arthur] decided to develop the land, he realised the lands had already been sold to another person.

“I got to know that the chief had sold the land to someone else when I visited the area to start something on it. I therefore approached the chief and Nana Nyame apologized and assured that he will give me another land. Because of what happened earlier, I told the chief that I do not need the land and so he should pay me cash and all this while, the vehicle was with the chief”, he is reported to have told journalists.

But  instead of making payment, the chief went into hiding and so he reported the case to Supt. Asiwoko, the businessman noted.

“The chief was later arrested and the vehicle was impounded on April 1, 2014 but the car was at the mercy of the weather,” he said.

He indicated that the police began investigations into the case and that the crime officer sent his ‘boys’ to come to me for money to travel to the chief’s area.

The businessman alleged that after a while someone in the chief’s area told him (Ebenezer) that he had seen the chief driving the Nissan Murano vehicle in the area.

“So I quickly went to the police headquarters and lo and behold my vehicle was nowhere to be found and so I contacted the crime officer who could not give any tangible reasons for releasing the vehicle to the chief,” he stressed.

“In the presence of some other senior police officers, the regional crime officer was reprimanded and asked to assist me get my car but since then I have neither received my car nor the money,” he asserted.

“I suspect that the crime officer is hiding something from me. Why should my car be released to the chief when the crime officer knows that Nana Nyame IV has not paid for the vehicle? Now I can’t locate the chief and his phones have been switched off. I even hear he has been destooled,” he told the media.

Supt Asiwoko told journalist that “I will not speak on this issue. I am not interested. If he had seen the need to organize press conference, the police have not got the time to react.”

He added that “we, in the police, are governed by rules and regulations and the rules do not allow me to talk on the matter, I don’t need to talk about it, he can go ahead and accuse me.” 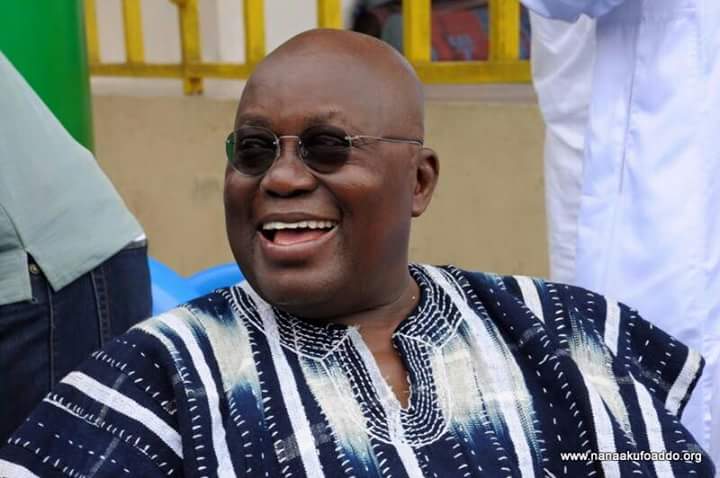 The controversial “all die be die” comments made by the flagbearer of the New Patriotic Party (NPP), Nana Addo Dankwa Akufo-Addo, has found its way into the classroom.

A question in a Basic Education Certificate Examinations (BECE) English Language mock exercise of the Pusiga District of the Upper East Region stated that Nana Addo was also known as ‘all-die-be-die’.

The development is said to have angered officials of the Ghana Education Service, who have vowed to launch an investigation into the matter.

Nana Addo made the ‘all-die-be-die’ remarks in the heat of the 2012 election campaign.

Speaking to party faithful at a rally in Koforidua in 2011, he said: "We need to be bold and courageous for 2012 because Ghanaians need us to come to power.

He said despite the "intimidation and violence" perpetrated by agents of the NDC, the people in the Atiwa constituency resisted them and came out in their numbers to send a clear message that the NDC was very unpopular by voting massively against it.

Nana added that it would take the courage exhibited by the people of Atiwa to unseat the NDC in the election, urging his supporters to be very courageous to defend what he termed the will of the people.

Nana Addo said: "They have the intention to intimidate us in 2012 because they believe that we are soft and cowards. If that is the thinking, then we shall see. At least, during the Atiwa by-election, we showed them something small.

"You must understand that this party was formed by courageous people. Our leaders who formed this party that has now become the biggest political movement in Ghana were not cowards. So in 2012 we need to be courageous because all 'die be die'. All die be die."

The NPP flagbearer's comments were condemned by some members of the public, who accused him of inciting his supporters to violence and threatening the security of the country. 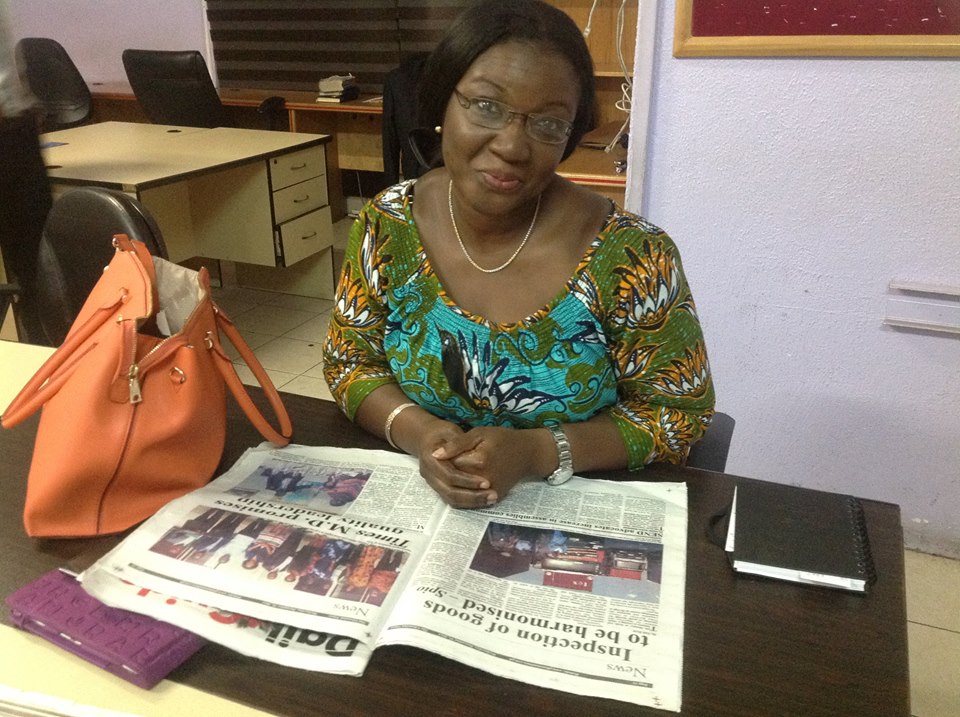 You are the bae in Mahama’s government, Dr Joyce Bawa Mogtari

Presidents by themselves cannot govern effectively seeking to undertake every duty as that task can be daunting if not impossible.

There is an attraction for a female government appointee who has the academic qualifications, got the experience, a calm head, a good heart and is effortlessly lovely.

Some might have problems with my humble self, expressing great admiration for a lovely woman whose appearance let alone smile can enchant even a crude man barricaded in a cave.

But it is the Deputy Minister of Transport, Mrs Joyce Bawa Mogtari who takes the biscuit in my estimation. Hailing from Kpembe and Bole, the ebony madam who until her appointment was the Head of the Legal Department and Solicitor Secretary of the Ghana Shippers Authority has gone about her duties diligently without fanfare yet earned praise and avoided scandal to derail her advancement.

Possessing a Master of Laws Degree in International Maritime Transport Law, Madam Joyce is an experienced Mediator and a member of the West African Women Lawyers Association, the Ghana Bar Association and a fellow of the USA-International Visitor Leadership Programme.

Naturally beautiful yet measured in speech, stylish yet not loud, well-proportioned body wise without excesses and bearing San tribe features of Southern Africa, there is little doubt that when it comes to visual appeal and effortless charm Madam Joyce Bawa Mogtari, the wife and mother of one is the bae in president Mahama’s government.